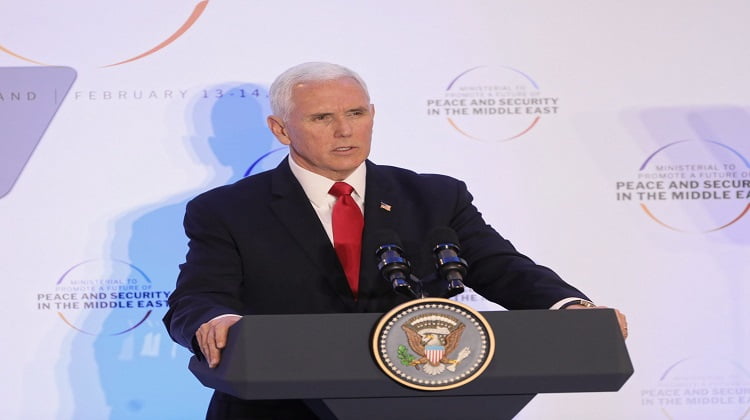 Iran is planning a “new Holocaust” to destroy Israel, US vice president Mike Pence claimed at a summit on peace and security in the Middle East. 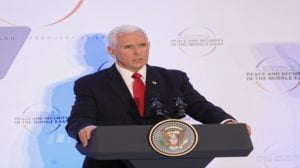 “The Iranian regime openly advocates another Holocaust and seeks the means to achieve it,” he told delegates at the conference, which was co-hosted by the US and Poland in Warsaw.

“Leaders from across the region agreed that the greatest threat to peace and security of the Middle East is the Islamic Republic of Iran,” Mr Pence said.

“They’ve supported terrorist proxies and militias. The Iranian regime is the leading state sponsor of terrorism in the world.”

He criticised European nations for recently announcing an EU financial mechanism to contnue trade with Iran.

“Sadly, some of our leading European partners have not been nearly as cooperative,” Mr Pence said. “In fact, they have led the effort to create mechanisms to break up our sanctions.”

Last year Donald Trump pulled the United States out of the 2015 Iran deal, under which Tehran agreed to curbs on its nuclear programme in return for the lifting of sanctions.

However, Britain, France and Germany, along with the rest of the EU, continue to support the nuclear deal as the best way to prevent Iran from developing nuclear weapons.

Mr Pence called on Europe to follow Washington and exit the agreement: “The time has come for our European partners to withdraw from the Iran nuclear deal and join with us.”