BREAKING NEWS
GMT+2 07:50
Home IRGC Make no mistake: Iran remains a powerful threat to the US 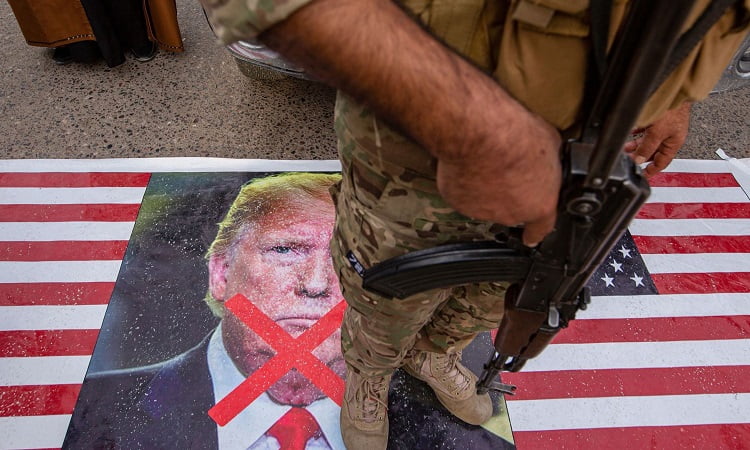 Not long ago, Iranian terror mastermind Qassem Soleimani was traveling around the Middle East with a sense of invincibility. And for good reason.

In a career full of death and destruction, Soleimani never will know that his last, fatal mistake was taking a single American life — that of Nawres Hamid, an American patriot who paid the ultimate sacrifice for our nation on Dec. 27. Hamid, an American-Muslim of Iraqi descent, was based at K1 air base near Kirkuk, Iraq. Kata’ib Hezbollah, the Iranian militia whose leader was killed alongside Soleimani, launched a rocket attack on Hamid’s base. At 33, Hamid left behind his wife and sons, ages 2 and 8, in California.

Until the U.S. drone strike on Soleimani, Iran believed America was a paper tiger. Despite complaints and warnings from the U.S. and our allies for years, Iran’s military and proxy forces acted with increasing hostility and lethality. Under Soleimani’s direction and influence, the Islamic Revolutionary Guard Corps (IRGC) and its proxies slaughtered thousands of civilians from Iraq to Afghanistan, Lebanon, Israel, Yemen and even inside Iran. All faiths and ethnicities were subject to the IRGC’s brutality, though Muslims were a frequent target.

At home, Iran recently killed approximately 1,500 civilians who took to the streets dreaming of a better future. Soleimani’s IRGC played a role in the crackdown. In Bandar Mahshahr, a city in Iran’s southwest, witness accounts describe the IRGC surrounding and killing 40 to 100 unarmed demonstrators in just one episode. These protestors received no three-day mourning period, as Soleimani did, no procession, no glorification. Nothing like the parade and theatrics following Soleimani’s death.