Oct 13, 2020 bbassam Arrests, Politics, Slider Comments Off on My brother and father are American hostages in Iran. When will they be free?

Babak Namazi is the brother of Siamak Namazi and the son of Baquer Namazi, American citizens held hostage in Iran. 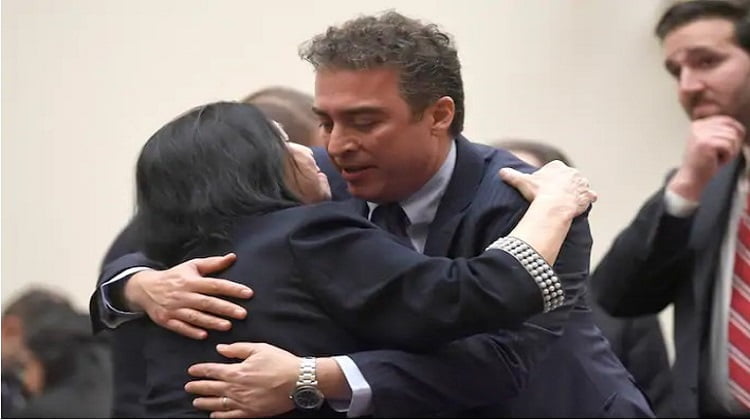 Tuesday, Oct. 13, marks five years since my brother Siamak Namazi was taken hostage by the Iranian regime. He has had to endure five years of horrific conditions in Iran’s notorious Evin Prison, including being beaten, Tasered, tortured and held in prolonged solitary confinement. For the rest of our family, it has been years of trying to navigate the nightmare of bringing him home, knowing that any letter or call we receive from him could be the last.

Siamak, who was arrested in 2015, is now the longest detained American currently held by Iran. A few months after he was taken into custody, Iranian Revolutionary Guards lured my father, Baquer Namazi, back to the country to visit his son in prison. He was then also arrested and placed in Evin Prison. Despite his age — he is now 84 — my father was subjected to solitary confinement for extended periods. In October 2016, they were both convicted on baseless charges of “collaboration with a hostile foreign government” — the United States — and sentenced to 10 years in prison.

As Siamak passes this grim anniversary, with my father not far behind him, I am urging leaders of the United States and other major countries to take decisive action to bring both of them home. Failing to do so could cost my brother and father their lives.

The novel coronavirus continues to devastate Iran, with the country hitting its highest day of confirmed infections last week. While Iran granted or extended furloughs for about 120,000 prisoners in the beginning of the pandemic — a precaution the Iranian judiciary repeatedly denied Siamak — it is now bringing prisoners back in droves. Siamak remains trapped in the middle of the simultaneous spike in infections and the expansion of the prison population, with potentially deadly consequences.

On 3rd of January a news spread in social media regarding Qasem Soleimani and AbuMahdi Mohandes who has died by a US drone strike near Baghdad Airport and this was the end of their lives. In social media, especially Iranian users, there was a chaotic situation, some called of “the general of... END_OF_DOCUMENT_TOKEN_TO_BE_REPLACED