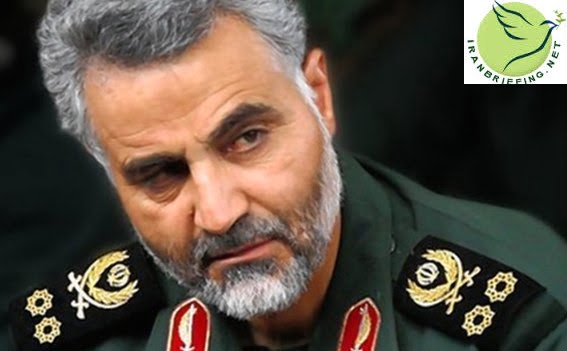 However the Treasury Ministry of America in a separate command in 2011,declared the sanction of “ Qasem Soleimani ”, the commander of the Qods Force of Iranian Revolutionary Guards, and “Mohsen Chizari” -as the commander of the Qods Force operational headquarters and training- for allegedly helping the crackdown in Syria,as part of the agreement annexesreleasing Qasem Soleimani ’s name in the list of people that can be removed from sanctions, came to the headlines.

In this regard, the Secretary of State, Wendy Sherman, reacted and said:” the sanctions imposed by America against the commander of the Qods Force has nothing to do with the Iranian nuclear dispute. Qasem Soleimani’s name, the commander of Qods Force, is at sanction list of the United Nations. In case of acting all the obligations, in second stage (after 8 years) his name will be removed from the UN sanctions list. He is in our terrorist sanctions list, not nuclear sanctions. “

This statement could intensify the oppositions against the agreement in Iranin the coming days. During the twelve years of nuclear negotiations- which in the latest round came to nuclear agreement after two years- Mr. Rohani’s government wastrying to compromise with the world and stablish a relationship based on mutual understanding instead of confrontation, however until the last minutes the oppositions of the negotiations were beating the drums of opposition.In this way, despite the few support of the leadership about the negotiating team, with his contradictory statements caused the opposition still remain open.

Despite the joy and happiness of the people of Iran and the eleventh government’s plan, clearly the nuclear agreement is not under ‘Ali Khamenei’s satisfaction and demand. He described the agreement as “a written text”. The leader of Islamic Republic of Iran called the 159-pages of agreement and the annexes of months of hard work of expertise and six countries’tough onIran, as a kind of worthless. In response to the Hassan Rohani’s greeting, the fifth president, called the negotiation unreliable! Even he did not value for the happiness of the people and declared his dissatisfaction by saying, “people keep their dignity”.

“It is necessary to be carefully considered the provided textand then, if approved, take care of the other possible breaches of covenants and make sure that the gate of these possibilities are closed. Surly you are aware that some of these six states are not reliable at all.” He replies in his short answer to the president.This statement is said, while Hassan Rohani, as the president, and many advocates and even some opponents of the Islamic Republic, called him as the architect of Iran’s foreign policy.

Khamenei’s response to the president is as a green light to the army of the Revolutionary Guards and 80 representatives’ opponents in the Islamic Republic Iran Council, called as Delvapasan meaning concerns, which has repeatedly rejected the negotiations and even in their last effort they wrote a letter to stop the negotiations.

Failure to remove Qasem Soleimani’s name, the commander of the Qods force, as well as calling the agreement as “a written text” by Khamenei starts the acts of the enemies of the democracy and also the advocate army and mobilizations representatives in the Islamic Republic Council. Reviewing the details of the 159-pages of agreements and its appendagesin the coming days we will face the critique and opposition made by military and supporters of the radical leadership of Iran.