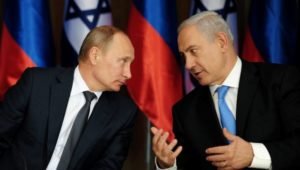 Hackers accessed the European Union’s diplomatic communications network for years, downloading cables that reveal concerns about the Trump administration, struggles to deal with Russia and China and the risk of Iran reviving its nuclear program, the New York Times reported late on Tuesday.

The cables also offered insight into Israel‘s views on Russia and Iran in Syria.

More than 1,100 cables were supplied to the Times by security firm Area 1 after it discovered the breach, the newspaper said, adding that Area 1 investigators believed the hackers worked for the China’s People’s Liberation Army.

The cables include memorandums of conversations with leaders in Saudi Arabia, Israel and other countries that were shared across the European Union, according to the report.

Included in the cables is one from June 2018, in which Slovakia wishes to “inform its partners about consultations between Political Director of the Ministry of Foreign and European Affairs of the Slovak Republic Mr Marian Jakubocy and his Israeli counterpart Mr Alon Ushpiz.”

In the cable, Slovakia explains Israel’s views on Iran, Russia, Syria and the EU’s treatment of Israel and the Israeli-Palestinian conflict. The cable says, “According to Israel, there is a lack of understanding on EU side as to threats the country has been facing.” The cable states that bilateral cooperation between Israel and individual EU states is “considered to be excellent,” but the “once the scene is moved to Brussels, this becomes a different story.”

On Syria and Iran, the cable says, “According to Israel, Iran’s main interest is to create land corridor to Lebanon in order to transfer military technology/capabilities and equipment to Hezbollah.”