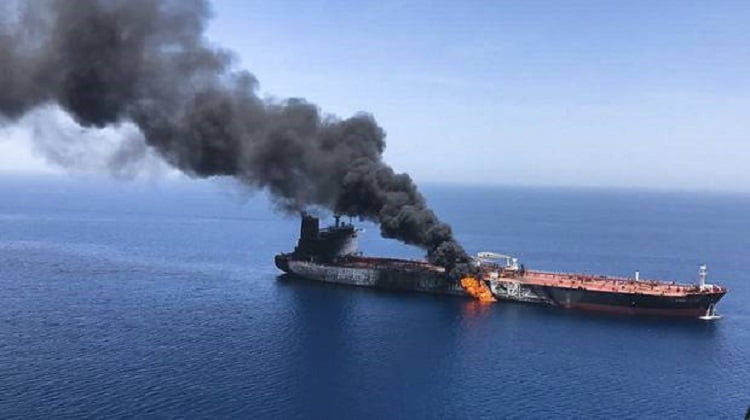 On June 13, just a day after a missile fired by the Iranian-backed Houthi militia hit Abha International Airport in Saudi Arabia, injuring 26 people, the U.S. Navy’s 5th Fleet came to the assistance of two oil tankers in a “reported attack in the Gulf of Oman.”

The Houthi missile attack on the Saudi Arabian airport, some 70 miles from the Yemen border, came early on Wednesday morning. It was the latest in more than 200 recent cross-border missile attacks, albeit with greater impact and casualties. The Arab News reported that “the day before the attack, a spokesman for the Houthi military warned that the group planned to target every airport in Saudi Arabia and that the coming days would reveal ‘big surprises’.”

Responding to the airport attack, Saudi Arabia’s Deputy Defense Minister Prince Khalid bin Salman said “the Iranian regime is the only party in the region that has been pursuing reckless escalation, through the use of ballistic missiles and UAVs to directly target civilian installations and innocent civilians,” adding that “the continuation of the Iranian regime’s aggression and reckless escalation, whether directly or through its militias, will result in grave consequences.”

Cyber attack is Most Dangerous Threat to Iran