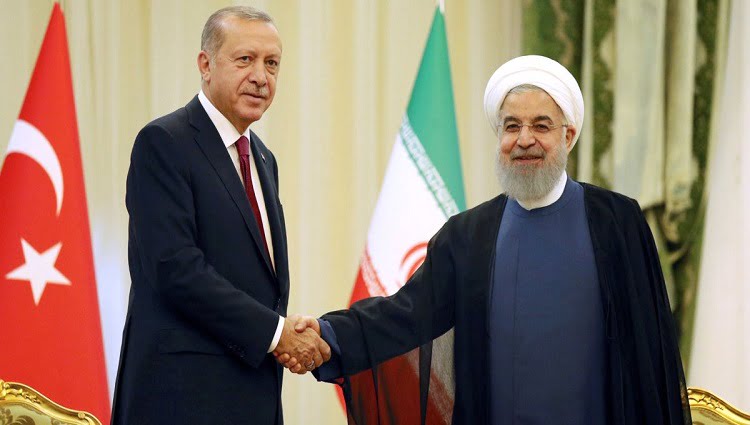 By maintaining its status in Syria, Iran hopes to show endurance in the face of sanctions and diplomatic pressure. But the cost is high, and Tehran is looking toward Russia to break its shackles.

While Prime Minister Benjamin Netanyahu is having difficulty finding a gap in Vladimir Putin‘s schedule, Turkish President Recep Tayyip Erdogan met his Russian counterpart no less than three times this month. Their last meeting was on Monday, when the two inaugurated the underwater section of a gas pipe connecting Russia and Turkey that increases Turkey’s import of Russian gas by more than 50 percent.

But the strategic link between Russia and Turkey isn’t only based on gas export. The two states concur on a solution to the crisis in Syriaand, together with Iran, manage the war-torn country’s safe zones. In addition, Turkey and Russia both strongly disagree with the United States on Syria’s future, the withdrawal from the Iran nuclear deal, and Iran’s status in Syria.

Moscow’s position was publicly established last August, when Russian Foreign Minister Sergei Lavrov declared that all foreign forces that weren’t invited by the Assad regime must withdraw from the country after victory is declared over the Islamic State. Iran and Russia are “invited” states, the U.S. and Turkey are not. But while Russia demands the departure of American forces, it displays considerable flexibility toward Turkey’s presence, despite the fact that Turkish troops conquered part of the Kurdish enclave in western Syria, in effect tearing off a part of the country.

The United States doesn’t have an alternative strategy to solve the war in Syria or deal with the Iranian presence there. According to the new American envoy for Syria, James Jeffrey, the U.S. “understands the Russian interests in Syria,” which include military bases and a friendly government in Damascus. But as for the Iranian forces, the story is more complicated.