Tens of thousands take part in anti-regime protests in Iran 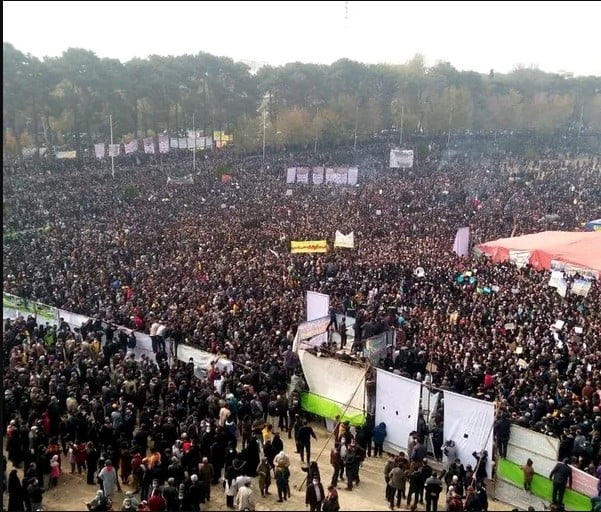 Thousands of farmers and their supporters gathered in the central Iranian city of Isfahan on Friday, state TV reported, in a major protest over water shortages in the drought-stricken region.

“Let Isfahan breathe again, revive Zayandeh Rud,” chanted some of the demonstrators in a video posted on social media as crowds gathered in the dry bed of the river where protesting farmers have set up a tent city. “Our children want water to provide food for your children,” read a sign carried by a woman.

In an unusual move, authorities allowed the protests to be held, and no arrests or violent incidents were reported.

Iran’s energy minister apologized for the water shortages. “I apologize to all of our dear farmers, and I feel ashamed for not being able to provide the water needed for their crops. With God’s help, I hope we can overcome these shortcomings in the next few months,” Ali Akbar Mehrabian told state TV.

Protesters complained state funds were being wasted overseas directly criticizing Tehran’s meddling in neighboring countries including Iraq, Yemen, and Syria. A video posted to social media showed a young boy giving a speech at the rally having his microphone confiscated after calling for the death of Iranian Supreme Leader Ayatollah Ali Khamenei.

The demonstrations began on Thursday when farmers marched with local politicians. As thousands joined them in protest, the demonstrations took on a more anti-regime tone. Local authorities responded by restricting data traffic to prevent demonstrators from having unlimited access to social media.

The farmers in Isfahan Province have for years protested the diversion of water from the Zayandeh Rud to supply other areas, leaving their farms dry and threatening their livelihoods. A pipeline carrying water to Yazd province has been repeatedly damaged, according to Iranian media.

In July, protests broke out over water shortages in the oil-producing southwestern province of Khuzestan, with the UN’s human rights chief criticizing the fatal shooting of protesters. Iran rejected the criticism.

Iran has blamed its worst drought in 50 years for the water shortages while critics also point to mismanagement.

The drought has forced Iran to import a record volume of wheat.