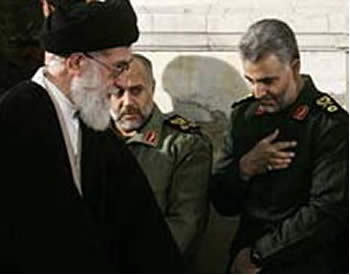 1. A series of terrorist attacks and attempted terrorist attacks in various countries around the world in recent years have again shown that Israel is being subjected to a global Iranian terrorist campaign. The attacks, which take a variety of forms, are organized and orchestrated by the Quds Force, an elite unit of the Iranian Revolutionary Guards. Hezbollah serves as the Quds Force’s main proxy abroad for its terrorist missions. In our assessment, the terrorist attack targeting the bus of Israeli tourists in Bulgaria was carried out by Hezbollah as part of the Iranian campaign and from their point of view was the most successful to date (five Israelis, the Bulgarian bus driver and the terrorist were killed and 36 Israeli tourists were wounded.)
2. The objective of Iran’s terrorist campaign, which accelerated during the past year, has several objectives. One is to counteract what Iran feels is a covert campaign being conducted against it. In concrete terms, its goal is to exact revenge for the deaths of Iranian nuclear scientists and senior Hezbollah commander Imad Mughniyeh, which Iran and Hezbollah attribute to Israel. Thus Iran seeks to deter Israel from taking other action against it and to strengthen its position in the campaign against the United States and Israel. It also seeks to signal that it has the operational capabilities to respond strongly should it be attacked.
3. During the past years Iran and Hezbollah have targeted Israeli diplomats posted to various countries, Israeli tourists and in at least one instance Jewish public figures (in Azerbaijan). In addition, the Quds Force has also tried to carry out terrorist attacks against Saudi Arabian and Bahraini targets, the most conspicuous of which was the attempted assassination of the Saudi Arabian ambassador to the United States on American soil.

4. To date, attacks in the Iranian terrorist campaign against Israel (accelerating since May

2011) have been carried out in several countries, among them Bulgaria, Cyprus, Kenya, Azerbaijan, Indian, Georgia, Thailand and Turkey (See the Appendix for details). In most instances the attacks failed or were prevented, either at the planning and intelligence-collecting stages or during implementation. In some instances local security services found Iranian and Hezbollah footprints, which could have caused diplomatic incidents and complicated Iran’s relations with the various countries. In India in February 2012, terrorist operatives affixed a magnetic explosive device to the car of the representative of the Israeli ministry of defense, and his wife, who was driving the car, was wounded in the ensuing explosion.
5. In retrospect, Iran has shown both daring and the determination to continue its efforts to attack Israeli targets despite a series of failures. The successful Hezbollah attack in Bulgaria, which ended the series of operational failures, is liable, in our assessment, to encourage Iran to continue and even intensify its terrorist campaign. According to the Wall Street Journal, “Iran has developed plans to disrupt international oil trade, including though attacks on oil platforms and tankers,” both inside and outside the Straits of Hormuz, in retaliation for international sanctions and other pressure exerted on it.[1]

The Structure of the Paper

6. This study is the first part of a comprehensive paper on Iran’s terrorist and subversive activities around the globe and of its export of the Islamic Revolution, with emphasis on the Quds Force in carrying out operations around the world during the last decade. Two additional studies will be issued dealing with the main arenas of Iranian terrorist activity (by national and continental distribution) and an analysis of the particular methods employed by Iranian terrorism. Another study will deal with the terrorist activity of Lebanese Hezbollah, which serves the main proxy for both the Quds Force and the Iranian regime.
7. This study is composed of two parts:
Part One: Introduction – Iranian terrorism and its objectives
1. Iran as a global exporter of terrorism
2. The ideological dimension: the concept of exporting the Iranian Islamic Revolution
3. The role of the Shi’ite communities in the Iranian campaign of terrorism and subversion
4. The regional dimension: exporting the revolution in view of the upheaval in the Arab world
Part Two: The Quds Force
1. Overview
2. Objectives and activity
3. The founding of the Quds Force
4. Structure and organization
5. Unit 400
6. Profile of Ghasem Soleimani, Quds Force commander
7. Profile of Ismail Qa’ani, Quds Force deputy commander
8. Interim balance sheet of Quds Force activity
Part Three: Appendix: Terrorist attacks carried out by the Quds Force and Hezbollah against Israeli and Jewish targets around the globe since May 2011.