TEHRAN (FNA)- Chief of Staff of the Iranian Armed Forces General Hassan Firouzabadi said enemies shrug off attacking Iran because they are fearful that such an invasion might spread to the rest of the world and ignite another World War which could engulf them and their interests.

Firouzabadi said the enemies had earlier thought that they could wage a war against Iran similar to their invasion of Iraq and Afghanistan in type, but today they have come to realize that such a move is impossible and they, thus, feel disappointed,

“Today they know that this won’t be a war on the Islamic Republic as it will involve the whole world,” Firouzabadi said in Tehran on Tuesday. 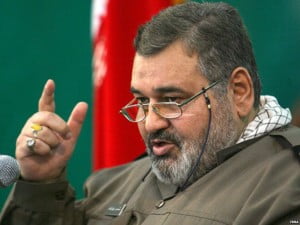 “therefore,” he said, they “are trying to destroy us from inside.”

Firouzabadi described psychological war, media propaganda and cyber attacks as the new weapons used by the enemies against Iran after they failed in waging a military war on the country.

Defense analysts and military observers say that Iran’s wargames and its advancements in arms production and technologies have proved as a deterrent factor.

In relevant remarks on Monday, Iranian Ground Force Commander Brigadier General Ahmad Reza Pourdastan said his forces are in best conditions and would give a crushing and irreversible response to any enemy who would dare to make an aggression against the country.

“Iranians have always been and are a peace-loving nation, but in case of an enemy aggression against Iran’s territories, the aggressor will be given an irreparable blow,” General Pourdastan said.

The Iranian commander noted that the numerous drills have made his forces fully ready for any war.

General Pourdastan said the Iranian Armed Forces are at the highest level of preparedness, but they need to maintain this level.

Also last week, Lieutenant Commander of the Iranian Navy Rear Admiral Gholamreza Khadem Biqam warned of the Navy’s crushing and rigid response to the enemies who would dare to make an aggression against the country.

“If any threat is made against Iran’s interests we will kill it in the bud and give crushing response to the enemy,” Rear Admiral Khadem Biqam said during a visit to Iran’s Kharg Naval Base in Persian Gulf on Friday.

Rear Admiral Khadem Biqam reiterated that protecting Iran’s interests is one of the main duties of the Navy.

Iran tortures prisoners to force them into spy confessions

Another Iranian Lashed Over Political Activism