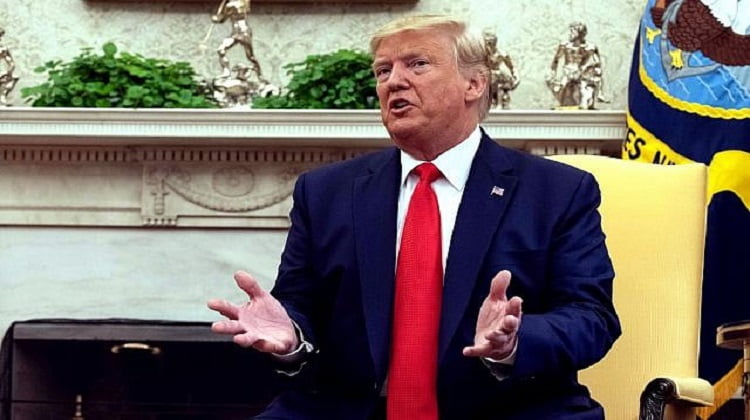 US President Donald Trump on Wednesday warned Iran against further uranium enrichment but left open the possibility the US could lift sanctions to pave the way to a meeting with President Hassan Rouhani. 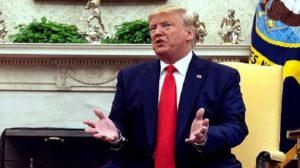 Asked if he would ease crippling sanctions to help bring about a meeting with the Iranian leader, Trump replied “we will see what happens,” while warning it would be “very, very dangerous” for Iran to boost its enriched uranium stockpiles.

Trump said he believes Iran would like to make a deal because “they have tremendous financial difficulty, and the sanctions are getting tougher and tougher.”

“If they are thinking about enrichment, they can forget about it. Because it’s going to be very dangerous for them to enrich. Very, very dangerous, okay?”

Rouhani has dismissed meeting with Trump, insisting that Washington must lift the sanctions it has imposed on Iran.

“The Americans must understand that bellicosity and warmongering don’t work in their favor. Both… must be abandoned,” Rouhani told his cabinet earlier Wednesday.

“The enemy imposed ‘maximum pressure’ on us. Our response is to resist and confront this,” he said, referring to the US sanctions.

Trump has used sanctions to step up pressure on Tehran since he pulled the United States out of a 2015 deal under which Iran agreed to curbs on its nuclear program in return for a lifting of sanctions.

But speaking the day after he fired John Bolton, an architect of the “maximum pressure” strategy, Trump said his administration was dealing with both Iran and North Korea “at a very high level.”

Read more at: The Times of Israel