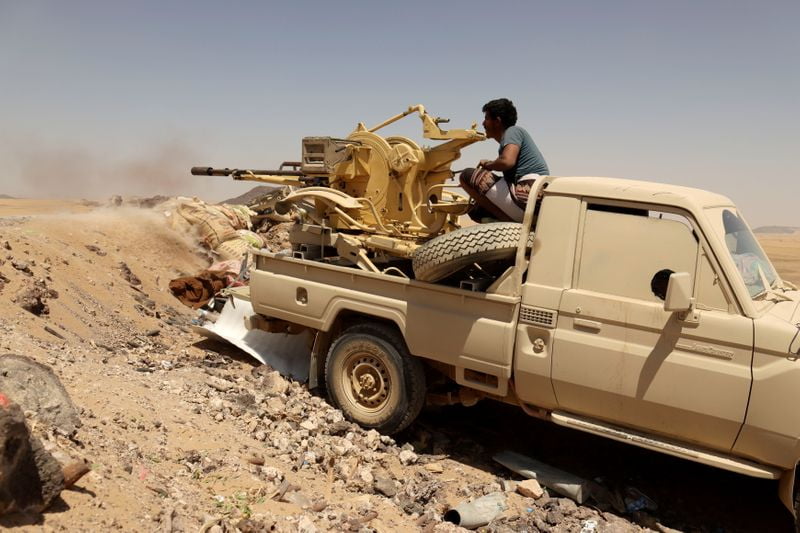 Iran’s support for Yemen’s Houthi movement is “quite significant and it’s lethal,” U.S. special envoy on Yemen Tim Lenderking said on Wednesday, as he called a battle for Yemen’s gas-rich Marib region the single biggest threat to peace efforts.

Lenderking told U.S. lawmakers that Iran supports the Houthis in several ways, including through training, providing lethal support and helping them “fine tune” their drone and missile programs.

“Unfortunately all of this is working to very strong effects as we see more and more attacks on the Kingdom of Saudi Arabia – and potentially other countries – more accuracy and more lethality. So this is a great concern to us,” Lenderking told a hearing of the U.S. House of Representatives Foreign Affairs Committee.

“Iran’s support to the Houthis is quite significant, and it’s lethal,” Lenderking said.

Iran’s mission to the United Nations in New York did not immediately respond to a request for comment on Lenderking’s remarks. Iran has denied supporting the Houthis.

“It’s been, frankly, very difficult to intercept ships,” Lenderking said. “We need our international partners to join us. … We need countries like Oman to help make sure that their border remains close to any of this type of traffic from Iran.”

A Saudi Arabia-led military coalit-ion intervened in Yemen in 2015 after the Iran-aligned Houthi group ousted the country’s government from the capital Sanaa. The Houthis have said they are fighting a corrupt system.

Since taking office in January, U.S. President Joe Biden has made Yemen a priority and appointed Lenderking to help revive stalled U.N. efforts to end a conflict widely seen as a proxy war between rivals Saudi Arabia and Iran.

“We would welcome Iran playing a constructive role, if they are willing to do so. We have not seen any indication of that,” Lenderking said.

Fighting has intensified in recent days as the Houthis push their offensive to take Marib, which if successful would strengthen the movement’s hand in any future political negotiations.

Read the complete article at: WHBL