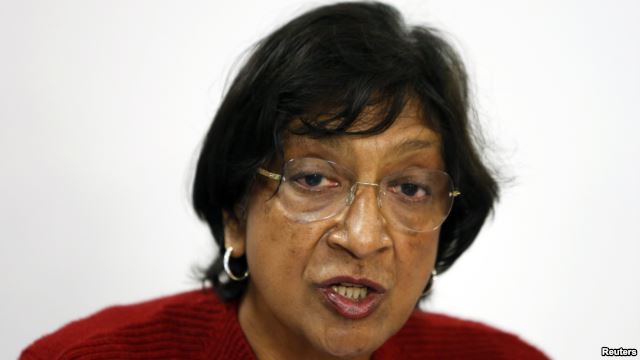 Radio Free europe(RFE/RL)– The UN’s high commissioner for human rights, Navi Pillay, has spoken out against the large number of executions in Iran, specifically mentioning the planned execution of a minor in the Islamic republic.

In a June 26 statement, Pillay brought up the case of Razieh Ebrahimi, who was convicted of killing her husband when she was 17 years old. 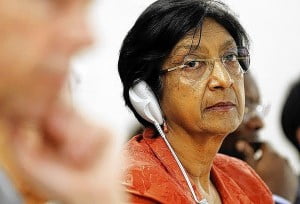 U.N. High Commissioner for Human Rights Pillay looks on after her address to the 26th session of the Human Rights Council at the United Nations in Geneva (Denis Balibouse Reuters,, REUTERS / June 26, 2014)

Pillay noted Ebrahimi was married off when she was 14, gave birth to a child when she was 15, and — after being subjected to domestic violence — reportedly killed her husband.

“Regardless of the circumstances of the crime, the execution of juvenile offenders is clearly prohibited by international human rights law,” she said.

The UN says it has reliable sources that say some 160 people are on death row for crimes they committed when they were under the age of 18.

More than 250 people are believed to have been executed in Iran so far this year.