Jun 28, 2019 Cyber, IRGC, Politic, Slider Comments Off on The U.S. and Iran are Already at War Online

When a U.S. Navy surveillance drone was shot down over the Strait of Hormuzon June 20, the U.S. blamed Iran. The commander of Iran’s Islamic Revolutionary Guard Corps (IRGC) said his country was “ready for war,” and President Donald Trump responded by declaring that Iran had made a “very big mistake.” Around the world, observers worried that the two countries were headed for battle. In a sense, however, they were already at war. 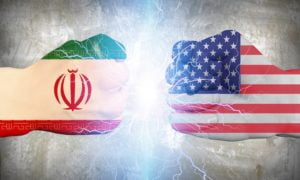 Also on June 20, the U.S. military conducted a Trump-approved cyberstrike on Iran-linked computer systems, U.S. officials say; two days later, the Department of Homeland Security reported it had seen a “rise in malicious cyber activity” directed at U.S. industry by hackers with Tehran ties. These were the latest moves in a rapidly escalating cyberconflict that is proving to be a test run in the future of war. Compared with a potential military clash over the drone’s destruction, the little noticed computer skirmish may seem reassuring. But if it was an off-ramp from the highway to airstrikes and invasion, it also posed new dangers of its own.

There are no international rules governing digital conflict; tracing attacks is notoriously difficult, and targets can include industry, infrastructure and ordinary citizens. “There is not even an agreed-upon definition of what constitutes a cyber ‘act of war,’ assuming the term itself is still relevant,” former U.S. Director of National Intelligence James Clapper tells TIME. The U.S. has powerful capabilities in this new area. Military hackers and coders at Fort Meade, Md., maintain a long list of potential targets. The command, created in 2009, has played a larger role in war planning since the Trump Administration granted commanders new authority and Congress quietly issued a declaration defining online operations as a traditional military activity.

On 3rd of January a news spread in social media regarding Qasem Soleimani and AbuMahdi Mohandes who has died by a US drone strike near Baghdad Airport and this was the end of their lives. In social media, especially Iranian users, there was a chaotic situation, some called of “the general of... END_OF_DOCUMENT_TOKEN_TO_BE_REPLACED