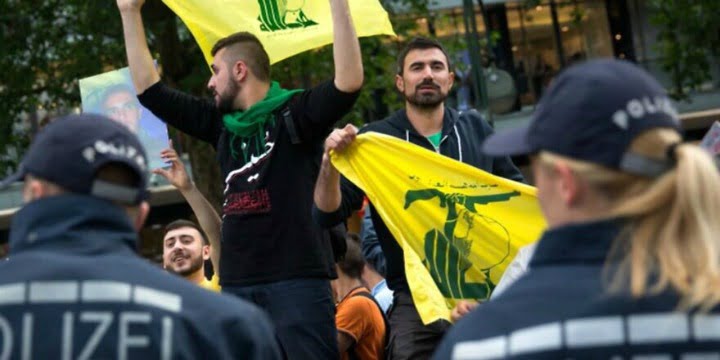 US Offers $10 Million Reward for Tips on Hezbollah Fiscal Networks

The United States announced on Friday that it will offer a $10 million reward for “information leading to the disruption of the financial mechanisms” of the US-designated terrorist group Hezbollah.

The US State Department’s Rewards for Justice program is seeking “information on the activities, networks and associates of Hezbollah that form a part of its financial support, which includes financiers and facilitators like Muhammad Qasir, Muhammad Qasim al-Bazzal and Ali Qasir.”

Muhammad Qasir “is a critical link between Hezbollah and its primary funder, Iran” and has been a significant conduit for financial disbursements from Iran’s Islamic Revolutionary Guard Corps’ Quds Force (IRGC-QF) to Hezbollah, according to the State Department.

In April 2019, the United States designated the IRGC as a terrorist entity.

He also “directs the Hezbollah unit that assists in the transfer of weapons, technology and other support from Syria to Lebanon,” according to the State Department.

Qasim al-Bazzal is a “key financier for Hezbollah and the IRGC-QF,” and a “co-founder of the Syria-based Talaqi Group and oversees other terrorist financing enterprises, such as Hokoul S.A.L. Offshore and Nagham Al Hayat,” according to the department. “Since late 2018, al-Bazzal has used the Talaqi Group and his other companies to finance, coordinate and obscure various illicit IRGC-QF-linked oil shipments.”

Ali Qasir is “the managing director of the Hezbollah-linked front company Talaqi Group,” where he “assigns maritime vessels to deliver shipments for the terrorist network based on the IRGC-QF’s guidance” and “has overseen sales price negotiations and collaborated to cover expenses and to facilitate an Iranian oil shipment by the Adrian Darya 1 for the benefit of the IRGC-QF.”

The Adrian Darya 1was impounded by the United Kingdom off Gibraltar in July 2019 and released the following month, despite last-minute efforts by the United States to halt its release.

The oil tanker, previously called the Grace 1 and allegedly owned by the IRGC, was reported carrying around 2.1 million barrels of crude oil in September 2019 worth $130 million and switched off its Automatic Identification System, fueling speculation that it was heading towards Syria, which would violate US sanctions against Iran’s energy sector.