Mar 21, 2018 Nuclear Fille, Politics, Slider Comments Off on US prepares to leave Iran deal, even as talks with Europe continue

US officials are taking a two-track approach to the Iran nuclear deal, negotiating with allies to make changes demanded by President Donald Trump even as they prepare to walk away from the international agreement. 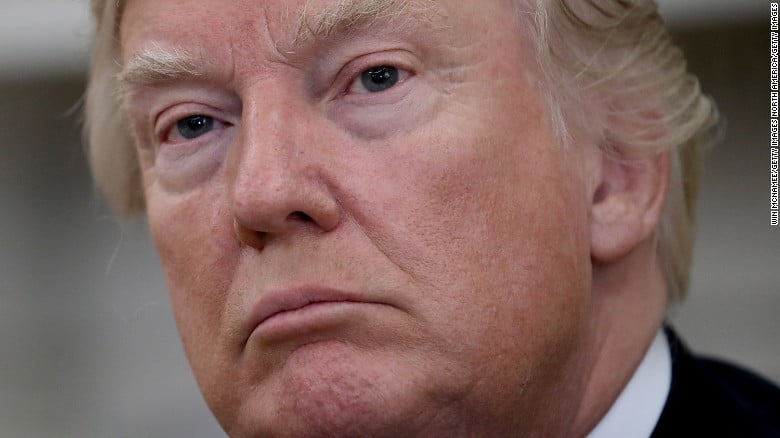 Trump set a May 12 deadline — the next date by which he has to waive sanctions against Iran or leave the deal — for the US and its European allies to agree on changes to address what he sees as its flaws.

The President’s thinking, officials say, is that if the US and Europe are united on amending the deal, the other signatories — Russia and China — will come along, and Iran will have no choice but to comply.
Critics argue that leaving the deal would damage relations with European allies, harm US national security interests — in part by reducing the US’ ability to monitor Iran’s nuclear activities — and send a clear message to North Korea that the US can’t be trusted to honor nuclear agreements.

European allies say they will not consider changes to the agreement but the gulf between the allies and the US is vast. With the President himself dismissing the deal as “terrible,” and the impending move of CIA Director Mike Pompeo, an Iran hawk, to the State Department, many officials in the US and Europe are bracing for Washington to abandon the agreement.
Against that backdrop, US officials leading the negotiations with European allies say that at the same time, they are readying contingency plans should Trump decide to pull the US out.
“We always have to prepare for any eventuality. We are engaged in contingency planning. …. We’re kind of dual tracking this,” said Brian Hook, the State Department’s director of policy planning, who is leading talks with the Europeans.
The Treasury Department, meanwhile, is preparing for the possibility that it may have to “snap back” sanctions that were repealed by the Obama administration after the deal, formally known as the Joint Commission Plan of Action, was signed.
Hook met with European allies in Berlin last week to continue discussions before going to Vienna, Austria, on Friday for a regular meeting with all parties to the agreement.
Asked whether he was confident about reaching an agreement with the Europeans, Hook said Wednesday that, “we have had constructive talks with the Europeans … but I can’t predict if we will reach a deal or not.”
“We have a goal in mind, and we will either reach agreement or we won’t,” Hook said. He admitted that Iran is “in technical compliance to their commitments” under the deal.
Hook declined to comment on how Pompeo’s transfer would affect prospects for the Iran deal, but said he expected the former congressman from Kansas to make an easy transition. “A number of us are providing assistance to Secretary-designate Pompeo’s confirmation process,” Hook said. “He’s got such a deep familiarity with so many of these issues that it will be a very easy transition.”
Trump wants the Iran pact amended with a supplemental agreement that would end so-called “sunset clauses” — provisions that wind down after a few years — intensify the inspections of Iran’s nuclear sites and add measures covering Iran’s ballistic missile program.
Separately, Trump also wants allies to take more steps to address Tehran’s presence in Lebanon, its backing for Hezbollah, cyberattacks and “maritime aggression,” as well as the powerful Islamic Revolutionary Guard Corps, which the US says is behind much of the Mideast’s destabilization.
—
Read More: CNN –  US prepares to leave Iran deal, even as talks with Europe continue
—
Iran Briefing | News Press Focus on Human Rights Violation by IRGC, Iran Human Rights
Nine Iranians Charged With Conducting Massive Cyber Theft Campaign on Behalf of the Islamic Revolutionary Guard Corps Iran’s actions have gone unchecked in the Middle East for long enough

On 3rd of January a news spread in social media regarding Qasem Soleimani and AbuMahdi Mohandes who has died by a US drone strike near Baghdad Airport and this was the end of their lives. In social media, especially Iranian users, there was a chaotic situation, some called of “the general of... END_OF_DOCUMENT_TOKEN_TO_BE_REPLACED