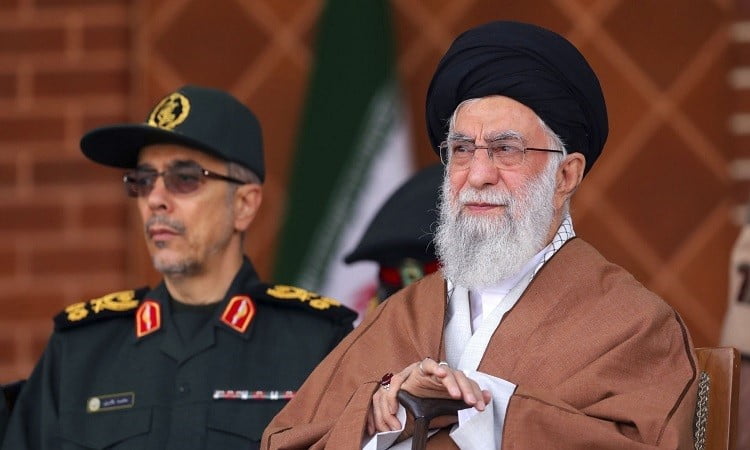 The U.S. Treasury announced Monday that it had sanctioned nine Iranians who are among supreme leader Ayatollah Ali Khamenei’s inner circle for “advancing Iran’s radical agenda,” a move that seeks to block funds to those who “oppressed the Iranian people, exported terrorism and advanced destabilizing policies around the world.”

The sanctions were handed down Monday and coincided with the 40th anniversary of the seizure of the U.S. Embassy in Tehran by student militants and the beginning of the Iran hostage crisis which lasted 444 days.

“Today the Treasury Department is targeting the unelected officials who surround Iran’s Supreme Leader, Ayatollah Khamenei, and implement his destabilizing policies,” Treasury Secretary Steven Mnuchin said in a statement. “These individuals are linked to a wide range of malign behaviors by the regime, including bombings of the U.S. Marine Barracks in Beirut in 1983 and the Argentine Israelite Mutual Association in 1994, as well as torture, extrajudicial killings and repression of civilians.”

“This action further constricts the Supreme Leader’s ability to execute his agenda of terror and oppression,” Mnuchin added.

“This action seeks to block funds from flowing to a shadow network of Ali Khamenei’s military and foreign affairs advisors,” the Treasury Department said.

The State Department’s most recent Country Reports on Terrorism, released Friday, stated that Iran is still the “world’s worst state sponsor of terrorism,” spending nearly $1 billion per year to support terror groups including Hezbollah, Hamas and the Palestinian Islamic Jihad.

Iran also plots its own terrorist acts around the globe, the department said.