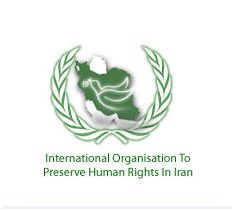 Recently the International Organisation to Preserve Human Rights in Iran (IOPHRI) has held series of successful meetings and events with the members of the European Parliament and the United Nations. These events included an exclusive interview with Dr. Ahmad Shaheed, the United Nations Special Reporter for Human Rights in Iran, and also meetings and interviews with the Members of European Parliament, who are responsible for covering the human rights issues in Iran.

In the month of March this year the activities of ( IOPHRI ) were covered by different news and social media websites (youtube, facebook and Dorr TV) as a result of this coverage and the public reaction to these events, the websites of (IOPHRI ) www.hriran.com /en and some of the Facebook accounts of IOPHRI members  were attacked and hacked by the Iran’s cyber Army.

This is direct evidence of the extent that the Iranian regime will go to, in order to prevent information spreading and reaching the Iranian population. Sites that are located even outside of Iran like Facebook, which is the biggest social networking websites in the world, are vulnerable to the forces of Iranian cyber army.

The IOPHRI aim is to support civil society in Iran by using peaceful means to raise global awareness of human rights conditions in Iran and also to show solidarity with the population of Iran that is struggling for its freedom and human rights in face of the mass abuses of human rights that are conducted by the Iranian regime.

IOPHRI stands for achieving human rights for Iranian citizens solely through peaceful means as defined by the great Indian activist Mahatma Gandhi .IOPHR objections and protests against the human rights violations in Iran follow the standard set by Mahatma Gandhi.