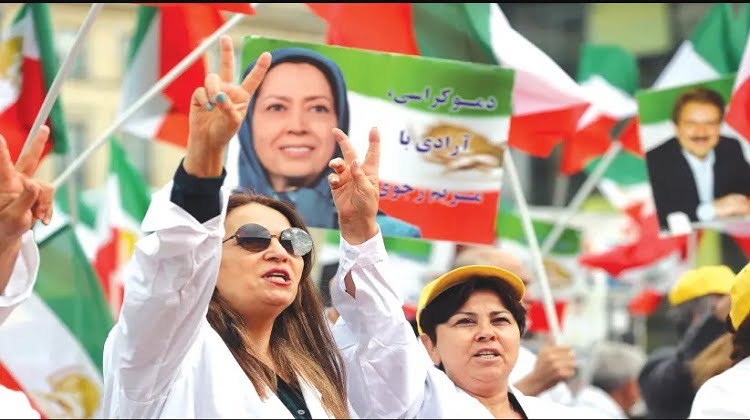 A trial due to begin next week in the Belgian city of Antwerp is set to cast further light on the Islamic Republic of Iran’s use of official diplomatic missions in its ongoing campaign of violence and harassment of its opponents across the globe.

While the threat of activities by non-state Sunni jihadi organizations remains high on the agenda of many Western countries, the flouting by Iran of global norms in pursuit of the regime’s perceived enemies has received little focus. The Antwerp trial may serve to change this.

The four people to be tried in Antwerp stand accused of seeking to place an explosive device at a rally of the National Council of Resistance of Iran (NCRI), held at Vellepinte, outside Paris on June 30, 2018. The NCRI is the public and diplomatic wing of the Mujahidin al-Khalq or Peoples’ Mujahidin of Iran (MEK).

This organization was responsible for the first public revelations regarding the Iranian nuclear program, in 2002. Led by Massoud and Maryam Rajavi, the MEK is a veteran opponent of the Iranian regime. It has succeeded in recent years in forging deep links with influential political circles in both the US and Western Europe.

Speakers at the Paris rally included Newt Gingrich, former US speaker of the House of Representatives, and Rudy Giuliani, former New York City mayor and attorney to President Donald Trump.

The specific target of the bombing, according to Western media reports, was NCRI leader Maryam Rajavi. The bomb would have caused large-scale loss of life at the rally had it been placed and detonated.

Four people are accused of involvement in the planned bombing of the NCRI rally. Three of them have been named: Assadollah Assadi, 48, an Iranian diplomat and third secretary at Iran’s embassy in Vienna; Amir Saadouni, 40, and his wife, Nasimeh Naami, 36. The identity of the fourth person has not yet been announced.