Yemen foreign minister to EU: to stop the war, talk to Iran 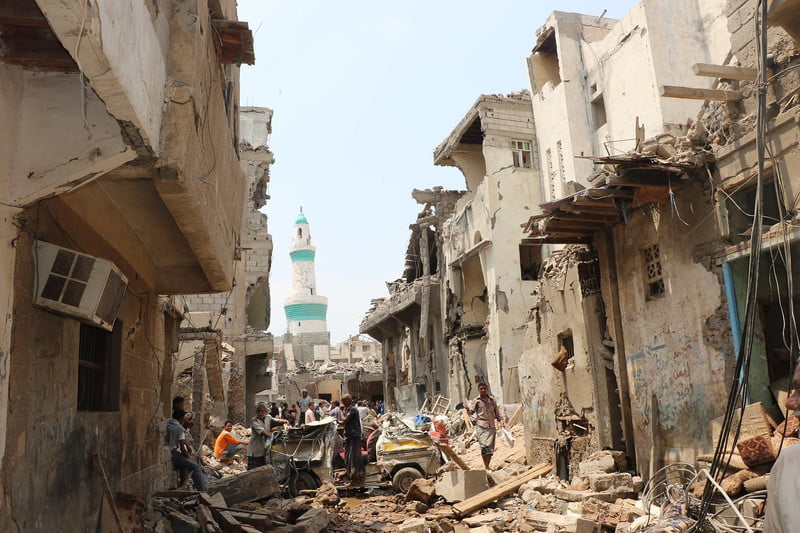 Yemen’s foreign minister Ahmed Awad BinMubarak has a clear message to the European Union: to be united, and to talk to Iran, in order to achieve peace in Yemen.

“I ask the EU to use all the leverage it has to give a message to the Houthis and Iran,” BinMubarak said in an interview with EUobserver.

What that message should be, is accepting the UN’s proposed deal for a ceasefire, reopening the airport in Yemen’s capital Sanaa, reopening the seaport of Al Hudaydah and to restart political talks.

Yemen is going through critical days, as the Saudi-led coalition announced a halt to its military operations – in order to give negotiations by neighbouring Oman a chance.

Unverified sources say Oman may be close to reaching an agreement between the Saudi-supported coalition and the Iran-backed Houthi rebels to stop the fighting and let humanitarian aid into the country.

However, any ceasefire is still uncertain, as the Houthis raise the stakes before agreeing to their participation to new political talks.

On Sunday (13 June) a Houthi drone crashed into a school in Saudi Arabia, although without casualties.

“The international community always talks to [Iranian foreign minister Mohammad Javad Zarif. He always says he supports peace,” he said, adding that “the reality on the ground in Yemen is different, as there it is people from the Quds forces running the show.”

BinMubarak also said that the Yemeni government has found ships full of arms being transported from Iran to the Houthis in Yemen.

Therefore, he concludes “Iran has the key. The EU should pressure the Houthis and Iran – without making a link to the nuclear deal.”

Europe, the United States, Russia and China have been trying to reinstate the nuclear deal with Iran, the so-called Joint Comprehensive Plan of Action (JCPOA) by which Iran would not be able to go further with its nuclear arms programme.