BREAKING NEWS
GMT+2 12:15
Home Politics John Kerry to be quizzed under oath in the House about alleged revelations of Israeli secrets to Iran 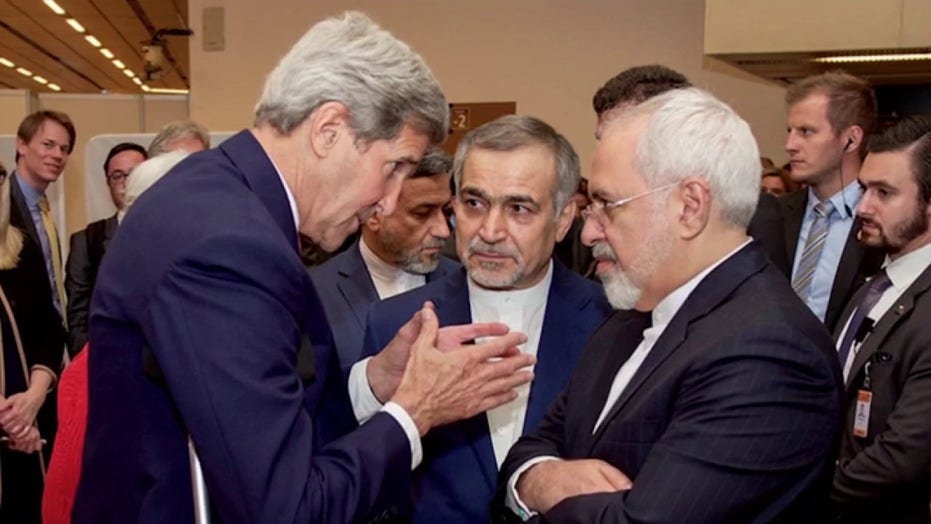 GOP lawmakers are expected to press Biden administration climate envoy John Kerry on his dealings with Iranian Foreign Minister Mohammad Javad Zarif during a hearing before the House Foreign Affairs Committee next Wednesday.

Kerry will testify at the hearing, dubbed “Driving a Global, Whole-of-Society Response to Climate Action.” The hearing will utilize a hybrid format, raising the possibility that Kerry will appear in person.

The hearing will focus on steps to combat climate change as the Biden administration moves forward with its goal of cutting U.S. carbon emissions in half by 2030. But the event will mark Kerry’s first public appearance since reports surfaced of an audio file in which Zarif purportedly claimed that Kerry had leaked sensitive information about Israel while serving as secretary of state under the Obama administration.

Republicans are planning during the hearing to ask Kerry about his conversations with Zarif, Fox News’ Rich Edson reported.

In leaked audio first published by London-based Iran International and later obtained by the New York Times, Zarif said Kerry had informed him that Israel attacked Iranian interests in Syria at least 200 times. The claim prompted an outcry among Republicans.

“The reports that Secretary Kerry essentially threw Israel under the bus, and ratted on them to Iran is deeply troubling,” Rep. Ken Buck, R-Colo., told Fox News. “Israel is one of our strongest allies, Iran is one of our biggest adversaries. Equally concerning is the reports that the Biden Administration will re-enter the disastrous Iran Deal. I plan on asking Secretary Kerry about this under oath.”

A group of 19 GOP senators demanded the Biden administration suspend Kerry’s access to sensitive information and conduct an investigation to determine if the claim was authentic.

“Secretary Kerry has a long history of employing transactional diplomacy against the best interests of the United States or our allies – often trading long-term national security for a flawed short-term political agenda – which has ultimately endangered our allies and emboldened our adversaries,” the senators said.

A number of short-film and documentary filmmakers summoned

Another Iranian Lashed Over Political Activism

4 cyber activists released on the bail