Posted By: on: January 25, 2012In: Iran Briefing Exclusive, IRGC Military Branches, Who is WHO in IRGC
Print Email 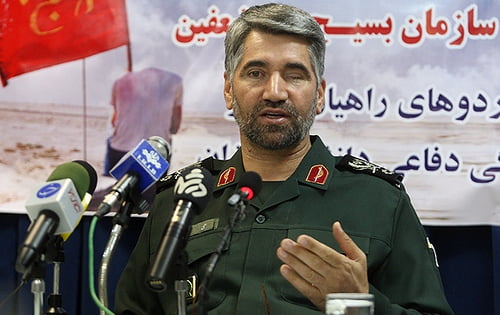 Iran Briefing : Brigadier General Ali Fazli, son of Kheirollah, was born on April 20, 1961, in the small town of Sarkan located in Hamedan province.

He was the commander of Sayyid al-Shuhada Brigade and Beit al-Moghaddas Operation during the Iran-Iraq war, and played a significant role in the liberation of Khorramshahr, a city located in southern Iran which was occupied by Iraq during the early phase of the war.

Fazli married on 1981 and a year later lost sight on both his eyes when hit with pieces of shrapnel. However, he recovered 70% of his vision on his right eye after medical treatment but his left eye remained blind.

Fazli is said to have very important secret information about the Iran-Iraq war.

The IRGC’s Project to Foster Guard-Clerics

Donald Trump is intent on downfall of this fascist regime