DM: No Need to Iran’s Deployment in Iraq to Fight ISIL 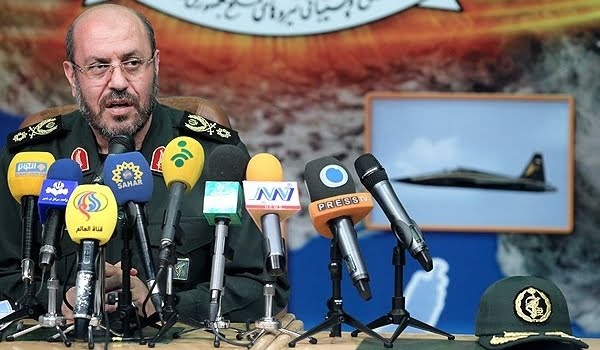 DM: No Need to Iran's Deployment in Iraq to Fight ISIL

Iranian Defense Minister Brigadier General Hossein Dehqan rejected media reports on the presence of the country’s military forces in Iraq to fight the Islamic State of Iraq and the Levant (ISIL), saying that Baghdad does not need assistance of Iranian troops in its combat against the terrorist group.

DM: No Need to Iran’s Deployment in Iraq to Fight ISIL

“We have made official announcements that we would not spare any effort to assist and back up the Iraqi government and nation in grounds of combat against terrorists, but when it comes to military assistance we believe that there is no need to Iran’s direct presence in Iraq to confront Daesh (ISIL) as the Iraqi nation and government, relying on the central role of the religious authority, are able to confront it,” Dehqan said in a press conference in Tehran on Saturday.

He described the ISIL as a terrorist group at the service of the Zionist regime, and said, “Those who supported them yesterday and support them today too have now come to realize the correctness of Iran’s words that they (the ISIL members) contribute to insecurity in the region.”

“Today the US and France should take action to compensate for their supports (for the ISIL) and become united against Daesh,” Dehqan said.

Officials both in Tehran and Baghdad have repeatedly rejected the reports on the deployment of Iranian troops in Iraq after such reports appeared in some western media outlets.

In June, Iraqi Ambassador to Tehran Mohammad Majid al-Sheikh rejected certain media claims about the presence of Iranian military forces in Iraq to help the Iraqi government in the fight against terrorists.

“These are just the rumors of biased and despiteful media which are seeking to sow discord among the regional states, specially Iran and Iraq,” Majid al-Sheikh said, addressing a conference in Tehran.

“Iraq doesn’t need any country neither for weapons nor for the military forces at all; hence, I emphasize that neither General Qassem Soleimani (Commander of Iran’s Islamic Revolution Guards Corps (IRGC) Quds Force) nor any other (Iranian) figure is in Iraq,” he reiterated.

Referring to the recent surge in the terrorist attacks in Iraq, Majid al-Sheikh said the parliamentary election in Iraq was a shocking event for the terrorists, certain regional states and their western supporters, and that they have resorted to terrorist attacks to attain their ominous goals when they came to face their failure in the election.