BREAKING NEWS
GMT+2 01:04
Home Iran Briefing Exclusive Does Iran have a plan for a successor to Khamenei? 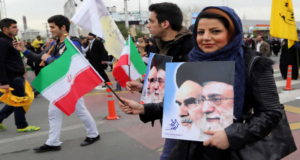 He has been described as “ailing” in many media reports, though there is no proof that the man who has been ruling Iran since 1989 is really in bad health.

On Dec. 15, he made an appearance in front of cameras while receiving the family of late Islamic Revolutionary Guard Corps (IRGC) Quds Force commander Qasem Soleimani and a committee organizing commemorations for the first anniversary of the general’s assassination Jan. 3 in Baghdad by US drones.

A video showing Khamenei walking in what appears to be good health and several photos showing his face released by his office was probably aimed at refuting a rumor claiming he was ill and had passed his powers to his son, Mujtaba.

The rumor made headlines during the first week of December based on one source on Twitter without fact-checking the source who broke the news about Khamenei’s deteriorating health on four previous occasions between 2013 and 2020.

Khamenei made another appearance on Dec. 20 when he delivered a televised speech on the occasion of National Nurses Day and the birth of the Prophet Muhammad’s granddaughter, Zeinab.

The reports of Khamenei’s health and his son possibly being next in line call to mind similar reports from a different era.

In the last few years of Khamenei’s predecessor and mentor, Ayatollah Ruhollah Khomeini, there were similar suggestions claiming that with Khomeini’s health deteriorating the strongest candidate for his succession was going to be his son Ahmed Khomeini.

His son was a mid-level cleric known to be his father’s confidant. At the time, articles cited the powers that the son enjoyed and the strong influence that made him one of the candidates for succession.