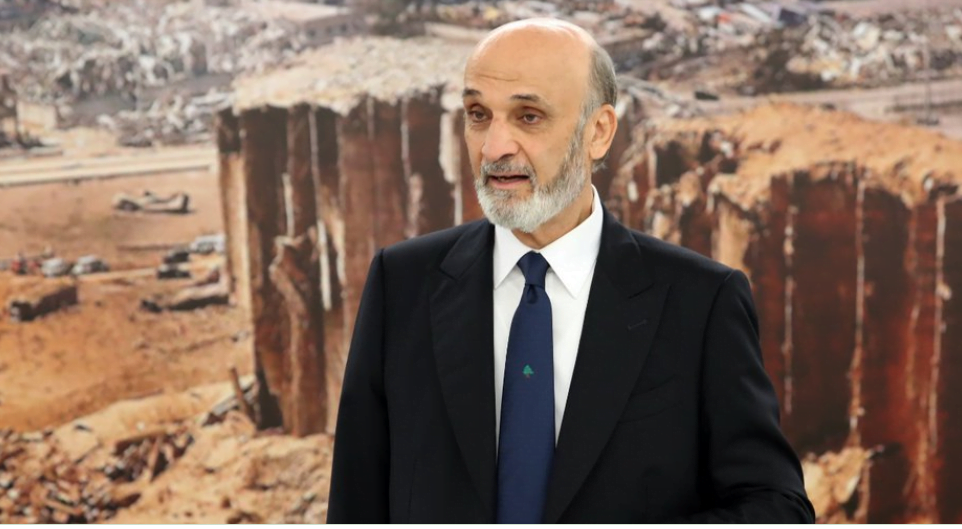 An influential Lebanese politician has urged Hezbollah to help Lebanon, its people and its security and abandon its projects to “spearhead” Iran’s interests in the region.

Lebanese Forces party leader Samir Geagea called on Hezbollah, which continues to hold huge political influence in the country, to “engage in the project of rebuilding the state” and to let the Lebanese government make decisions about “war and peace.”

He said the party must protect the future of the region by putting an end to its “blatant and unjustified external interference in the affairs and concerns of other Arab countries” and to step back from lending help to “the expanding Iranian project that has penetrated the Arab region.”

Geagea made his comments on the evening of Sunday, September 6 at the “Martyrs of the Lebanese Resistance” mass in the mountainous region of Maarib.

He said the current situation was not sustainable. ”Hezbollah cannot continue without changing its trajectory and behavior, or without regulating its relations with the state like any other political party,” he said.

Also Read: What is behind the hype about the new Iran-China partnership?

Geagea added that the time has come for Hezbollah to work in the service of Lebanon, its people, and its security instead of working for Iran’s interests. “Where do you want the situation in Lebanon to go?” he asked the gathering. “Is there anything worse than what we live in now? Are you waiting for a complete famine or for the Lebanese to die, both old and young? Should they be allowed to die from starvation, disease, suffocation, or on the coast from mysterious explosions?”The Lebanese Forces party leader also clarified that he did not trust the authority leading the investigation into the August 4 explosion in Beirut port, which killed at least 200 people and left thousands homeless. He demanded a transparent and credible international investigation.