Sep 26, 2020 adminayesha Iran News, Slider Comments Off on How Germany was drawn to Iran ‘dual-use’ drone motors for Yemen Houthis 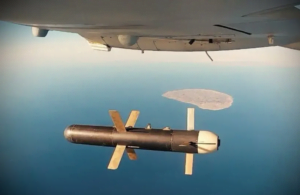 Germany has worked to prevent engines being transferred to Iran for use in drones that are used by Houthi rebels in Yemen against Saudi Arabia.

This complicated trafficking in materials for armed drones is part of the larger Iranian nexus of procurement for its military program. Iran hopes that an end of an arms embargo will make it easier to import and export weapons.

According to an article at The National, in the United Arab Emirates German officials “imposed a ban on the same of model aircraft engines to Iran after a shipment ended up on drones used by Houthis in Yemen.” Iran then moved to acquire similar parts from China.

“It emerged that a small maker of engines for miniature versions of well-known aircraft was approached by Germany’s domestic intelligence service, which had been monitoring sales of units later found on the battlefield.” The report claims the parts were moved from Xiaman to Mombasa.

At the heart of the German portion of this story are 42 twin-cylinder propeller motors that were sent to Athens in 2015. The motors were then moved to Iran.

This kind of dual-use technology, engines that could be used for civilian needs, shipped through a third country, easily hides the end user.

Conflict Armament Research has produced several reports on Iranian technology transfers to Yemen. A report in March 2017 traced the components of a Qasef-1 drone that had been recovered near Aden in 2016.

It includes a DLE-111 two-cylinder engine that was “manufactured by the Chinese company Mile Haoxiang Technology,” the article claimed. It was identical to other engines found in attacks near Marib.

The Case-1 is a kamikaze drone, which is similar to an Iranian Ababil.

The Ababil has its origins in Iranian manufacturing dating back to the 1980s when Iran took over a former Textron factory that made Bell helicopters. The Ababil-style drone has also been exported to Hezbollah.

On 3rd of January a news spread in social media regarding Qasem Soleimani and AbuMahdi Mohandes who has died by a US drone strike near Baghdad Airport and this was the end of their lives. In social media, especially Iranian users, there was a chaotic situation, some called of “the general of... END_OF_DOCUMENT_TOKEN_TO_BE_REPLACED