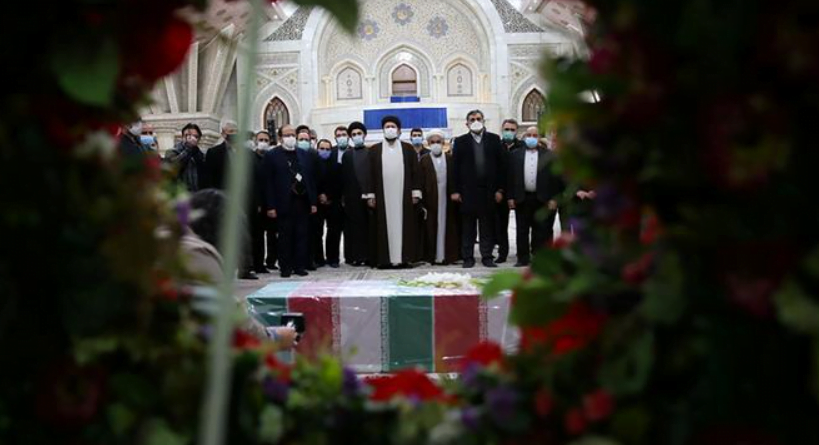 Iran has marked the death of nuclear scientist Mohsen Fakhrizadeh, a member of the Islamic Revolutionary Guards, with a high-profile funeral ceremony.

The physicist was killed in an attack that Iran has blamed on Israel.

Iran on Monday held a funeral service for the scientist who founded the country’s military nuclear program and repeated previous claims that the assassination had been carried out by Israel.

Meanwhile, the defense minister said Iran would continue Fakhrizadeh’s work “with more speed and more power.” Hatami referred to the killing as a “heinous assassination.”

The funeral began with a religious singer praising Fakhrizadeh, whose coffin was covered with the Iranian flag. An honor guard carried the coffin containing his body. State television showed high-ranking Iranian officials, including Defense Minister Amir Hatami and Revolutionary Guards chief Hossein Salami, who were present for the funeral. The socially-distanced funeral was held in an outdoor part of the Iranian Defense Ministry in Tehran and was closed to the public. Israel, which is alleged to have killed several Iranian nuclear scientists over the past decade, has declined to comment on the attack. According to the defense ministry, Fakhrizadeh died after assailants targeted his car and engaged in a gunfight with his bodyguards outside Tehran. Iranian officials debate response to the killingFakhrizadeh, who was a member of Iran’s Islamic Revolutionary Guard, is believed to have led Iran’s nuclear program, which Israel and the West have claimed was a veiled military operation to construct a nuclear weapon. Iran has long maintained that its nuclear program is peaceful.