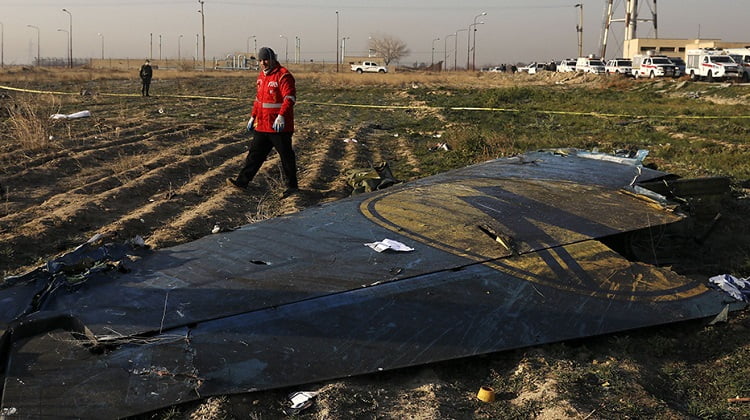 Iran appears to be going back on its promise to send the black boxes from a Ukrainian passenger plane its military shot down abroad for analysis.

Hassan Rezaeifar, the official leading the investigation into the Jan. 8 mishap – which killed all 176 people on board the plane — was quoted by the state-run IRNA news agency Sunday as saying “the flight recorders from the Ukrainian Boeing are in Iranian hands and we have no plans to send them out.”

Rezaeifar said Iran is working to recover the data and cabin recordings, and that it may send the flight recorders to Ukraine or France.

“But as of yet, we have made no decision,” he noted.

The same official was quoted by the Tasnim news agency on Saturday as saying the recorders would be sent to Ukraine, where French, American and Canadian experts would help analyze them.

Iran may be hesitant to turn over the recorders for fear that more details from the crash — including the harrowing 20 seconds between when the first and second surface-to-air missiles hit the plane — will come to light.

The government of Canada, which had nearly 60 of its citizens on the plane, said Sunday that the boxes should be sent quickly for analysis by experts in either France or Ukraine.

Canadian Foreign Affairs Minister Francois-Philippe Champagne, who met with Iranian Foreign Minister Mohammad Javad Zarif on Friday in Oman, said in a note to his Iranian counterpart that “Iran has a path to choose.”

“When you say to the world that you take full responsibility, that comes with consequences,” including full transparency, Champagne wrote.

The Guard’s air defenses shot the plane down shortly after it took off from Tehran. Hours earlier, the Guard had launched ballistic missiles at U.S. troops in Iraq in response to the U.S. airstrike that killed Gen. Qassem Soleimani in Baghdad. Iranian officials have said the strike was an accident, that lower-level officers mistook the plane for a U.S. cruise missile.

Iran initially said the crash was caused by a technical problem and invited countries that lost citizens to help investigate. Three days later, Iran admitted responsibility after Western leaders said there was strong evidence the plane was hit by a surface-to-air missile.