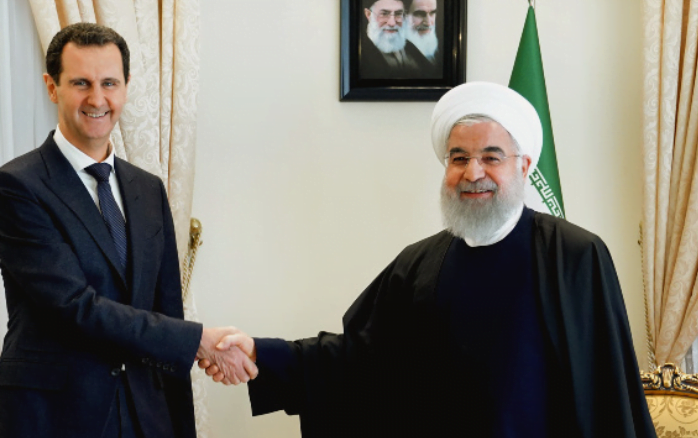 A new report that maps out the ways in which Iran’s overseas elite unit, the Quds Force, operates in Syria under various guises, is calling on the United States to designate three organizations tied to the notorious unit as terror organizations.

It was commanded by Maj. Gen. Qassem Soleimani until January 3, when he was assassinated in a US drone strike in Baghdad, and is now under the command of Esmail Ghaani.

The unit funds, trains, and arms a host of non-state radical actors, including Hezbollah, Shiite militias in Syria and Iraq, and the Houthis in Yemen. It also maintains an extensive weapons trafficking network.

Yossi Mansharof, an Iran and Shi’ite political Islam analyst at the Jerusalem Institute for Strategy and Security (JISS) and at the Alma Center, authored the report.

He said that a gap in publicly available knowledge exists about the various ways in which the Quds Force is active in states outside of Iran.

Mansharof’s report was published at the Alma Research and Education Center, an Israeli organization that conducts in-depth geopolitical research, and which is headed by Lt. Col. (res.) Sarit Zehavi, a former military intelligence officer. Revolution

“It is important that the US administration designates the three organizations analyzed in this study as terror organizations,” stated Mansharof, naming the Iranian Red Crescent, the Imam Khomeini Relief Foundation, and the Reconstruction Organization of the Holy Shrines.

In the report, Mansharof noted that “Syria is one of the main destinations Quds Forces are active in today.

This is based on the Iranian strategy, which strives to exploit the war in the country and Assad’s dependence on Iranian support (alongside Russia), in order to turn Syria into a front base against Israel, equipped with factories to manufacture advanced weapons, and to maintain and strengthen Hezbollah’s supply route into Lebanon and the access to the Mediterranean Sea.”