The hackers are believed to have penetrated the software giant Citrix years ago and have remained inside the company’s computer network ever since. 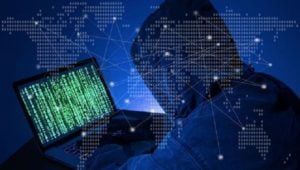 Iranian-backed hackers have stolen vast amounts of data from a major software company that handles sensitive computer projects for the White House communications agency, the U.S. military, the FBI and many American corporations, a cybersecurity firm told NBC News.

Citrix Systems Inc. came under attack twice, once in December and again Monday, according to Resecurity, which notified the firm and law enforcement authorities.

Employing brute force attacks that guess passwords, the assault was carried out by the Iranian-linked hacking group known as Iridium, which was also behind recent cyberattacks against numerous government agencies, oil and gas companies and other targets, Charles Yoo, Resecurity’s president, said.

The hackers extracted at least six terabytes of data and possibly up to 10 terabytes in the assault on Citrix, Yoo said. The attackers gained access to Citrix through several compromised employee accounts, he said.

“So it’s a pretty deep intrusion, with multiple employee compromises and remote access to internal resources,” he said.

Citrix issued a statement Friday saying the FBI had informed the company Wednesday that it had come under attack from “international cybercriminals” and that it was taking action “to contain this incident.”

“While our investigation is ongoing, based on what we know to date, it appears that the hackers may have accessed and downloaded business documents,” it said.

“At this time, there is no indication that the security of any Citrix product or service was compromised.”

On 3rd of January a news spread in social media regarding Qasem Soleimani and AbuMahdi Mohandes who has died by a US drone strike near Baghdad Airport and this was the end of their lives. In social media, especially Iranian users, there was a chaotic situation, some called of “the general of... END_OF_DOCUMENT_TOKEN_TO_BE_REPLACED