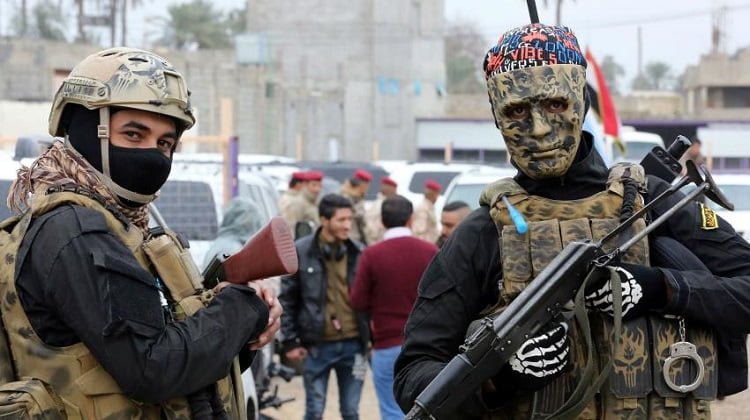 Since coming to power in 1979, the Iranian regime, through The Islamic Revolutionary Guard Corps (IRGC) has been implicated in more than three hundred sixty assassinations, terrorist plots, and terrorist attacks in more than forty countries [1].  This does not include arrest, torture, and killing of thousands of political activists or journalists inside Iran.  The hierarchy of all these terrorist activities starts with IRGC then trickles down to Ministry of Intelligence, Intelligence Organization of IRGC, and ultimately reaches Quds Force and Embassies who jointly execute the plan.  Iranian diplomatic personnel, most of whom are either members of IRGC or Iranian Intelligence, have repeatedly been implicated in these assassinations.  The IRGC has also been using criminal gangs, drug cartels, and other third parties to carry out its assassination plots around the world.

For years, the Iranian embassies have been working with IRGC, a terrorist organization designated by the United States to execute terror and kidnappings.  The IRGC is a branch of the Iranian Armed Forces, founded after the Iranian Revolution on 22 April 1979 by order of Ayatollah Ruhollah Khomeini.  The IRGC has an unspecified budget, along with enormous assets and annual income worth tens of billions of dollars ranging from telecommunication, banking, construction, gas, oil, mining, and weapon industries to drug trafficking, money laundering, and kidnapping.  The presence of its members all over the governmental branches such as Parliament, the president’s cabinet, and judiciary branch has given them full control of Iran’s budget.

The IRGC has around 250,000 Ground Forces and Paramilitary Forces (Basij), Aerospace Force, Navy, and Quds Force (another terrorist organization designated by the United States and Europe). The IRGC is also in control of Iran’s political branches, important ministries, and most of all, in charge of all projects that are worth millions of dollars through its engineering firm Khatam-al Anbiya Construction Headquarters.  This firm, also known as GHORB, is the IRGC’s major engineering arm and one of Iran’s largest contractors in industrial and developmental projects.  The Cabinet of Iran and the Parliament’s National Security and Foreign-Policy Committee members along with several other important Committees are all dominated by former or current IRGC members.

Quds Force specializes in unconventional warfare and military intelligence operations.  It is comparable to a combination of the CIA and the Joint Special Operations Command (JSOC) in the United States.  Because it is responsible for extraterritorial operations, the Quds Force supports non-state actors in many countries.  Included in this grouping are Lebanese Hezbollah, Hamas and Palestinian Islamic Jihad in the State of Palestine’s Gaza Strip and the West Bank, Yemeni Houthis, and Shia militias in Iraq, Syria, and Afghanistan.  The Quds Force reports directly to the Supreme Leader of Iran, Ayatollah Khamenei.

According to the U.S. Department of State and other Western intelligence agencies, many Iranian dissidents have been assassinated in Europe, North America, and the Middle East over the past decade.

Multiple countries have issued arrest warrants for Iranian diplomats because of the killings of dissidents and others perceived as threats to the Iranian regime and its ideology.

The United States and Europe must designate Iran’s Ministry of Intelligence and Intelligence Organization of IRGC as terrorist organizations since they have been implicated in more than three hundred sixty assassinations, terrorist plots, and terrorist attacks in more than forty countries.  Furthermore, all Iranian Embassy officials must be scrutinized in advance to ensure they have not been part of these two terror organizations or Quds Force.  Furthermore, the employees should also not have been involved in any human rights violations inside Iran.  Oftentimes, embassy staff are recruited among these three terror organizations and their branches.  In fact, the vast majority of employees of Iran’s Ministry of Foreign Affairs and its high-ranking officials are either former or current members of these three terror organizations. Iranian Supreme Leader Ayatollah Khamenei is the one who approves the Ministry of Foreign Affairs once the Minister is nominated by the President.