Nov 26, 2018 crazydead Economy, Politic, Slider Comments Off on Iran’s regime could fall apart. What happens then?

We are now more than two weeks into a new sanctions regime on Iran, and it will be a long time before it ends. The secretary of state, Mike Pompeo, has listed 12 conditions that Iran needs to meet before that happens. They include a permanent cessation of Iranian support for revolutionary groups abroad, as well as a permanent halt to Iran’s nuclear program. By its own definition, the Islamic Republic of Iran is a revolutionary regime dedicated to exporting its form of radical Islam; it’s also a theocracy that relies on nationalist sentiment to maintain its support. In other words, these conditions are not going to be met anytime soon. 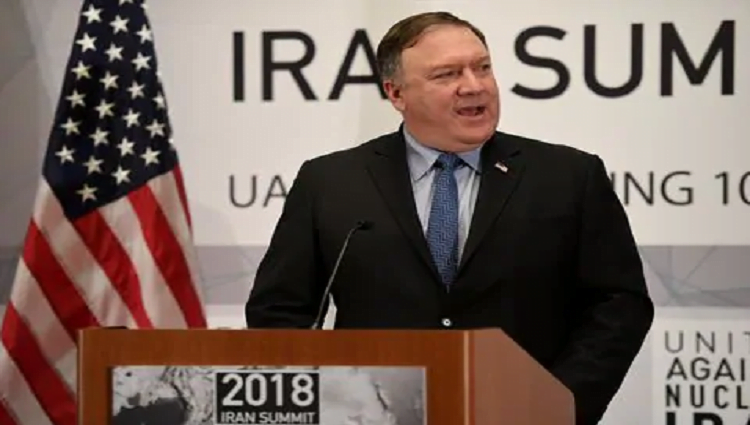 Instead of conceding, the Iranian leadership has buckled down and prepared itself for another hit to the already weak economy. Difficult times are indeed coming. Already, companies are shutting down. Unemployment is rising. Raw-materials prices are rising. Some think the government is strong enough to survive, particularly because trade with China, India and Russia will continue. But some in the Trump administration don’t really hide their hopes that the regime will fall apart.

They might be right. The anarchic, leaderless protests — women removing their headscarves, truckers going on strike — of the past six months could spread. Nearly a year ago, protests against high prices and corruption, and in favor of a secular state, erupted in dozens of cities. Iran had a revolution before, and it could happen again. But then what?

No one is asking — and, as far as I can tell, no one is thinking about it at all. The United States now has a policy that promotes regime collapse in all but name; at the very least, it’s clear that this administration wants the Islamic republic to fail.

US Reimposes Sanctions on Iran, but to What Effect? IRAN'S ROUHANI CALLS FOR MUSLIMS TO UNITE AGAINST UNITED STATES

On 3rd of January a news spread in social media regarding Qasem Soleimani and AbuMahdi Mohandes who has died by a US drone strike near Baghdad Airport and this was the end of their lives. In social media, especially Iranian users, there was a chaotic situation, some called of “the general of... END_OF_DOCUMENT_TOKEN_TO_BE_REPLACED