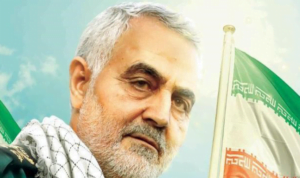 It quoted an informed source as saying that the committee has received documents from a number of Hashd al-Shaabi commanders which showed a telecommunication company had provided the US Army Command at Victoria Base at Iraq Airport with mobile phone information of one of al-Muhandis’ associates.

“The US Army Command has obtained sufficient information about the location of al-Muhandis and his meeting with General Soleimani through this phone line, and this has contributed to the assassination process,” the source said.Lieutenant General Soleimani was assassinated in a US drone strike on Baghdad International Airport in Iraq on January 3.The airstrike also martyred al-Muhandis. The two were martyred in an American airstrike that targeted their vehicle on the road to the airport.Five Iranian and five Iraqi military men were martyred by the missiles fired by the US drone at Baghdad International Airport.On January 8, the IRGC Aerospace Force started heavy ballistic missile attacks on US Ein Al-Assad airbase in Southwestern Iraq near the border with Syria and a US operated airbase in Erbil in retaliation for the US assassination of ant General Qassem Soleimani.Ein Al-Assad is an airbase with a 4km runway at 188m altitude from sea levels, which is the main and the largest US airbase in Iraq.

On 3rd of January a news spread in social media regarding Qasem Soleimani and AbuMahdi Mohandes who has died by a US drone strike near Baghdad Airport and this was the end of their lives. In social media, especially Iranian users, there was a chaotic situation, some called of “the general of... END_OF_DOCUMENT_TOKEN_TO_BE_REPLACED