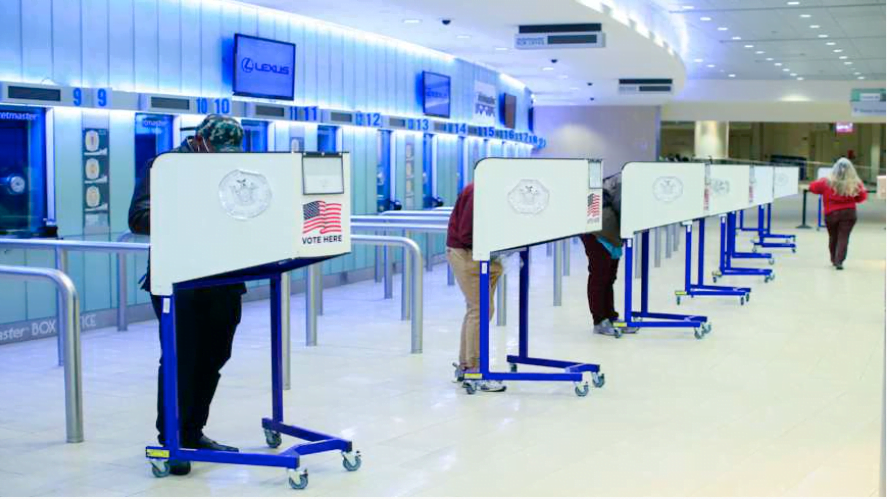 The US presidential elections will no doubt impact a number of countries worldwide that are monitoring the developments closely. Perhaps few countries could be impacted more so than Iran.

With President Donald Trump’s exit from the nuclear deal and reimposition of sanctions, life has certainly become more difficult for the average Iranian.

On paper, it may seem as if a Joe Biden administration may lessen the pressure on ordinary Iranians; this is not guaranteed.

Whatever the results may be, the Islamic Revolutionary Guard Corps (IRGC) has issued a statement asking Iranians to avoid US elections and rely on domestic issues to solve the country’s problems.

The statement by the IRGC in honor of Nov. 3 (13 Aban), the National Day to Combat World Arrogance, said the country must rely on “active resistance.” Nov. 4, 1979, is the day Iranian students stormed the US Embassy in Tehran.

This eventually led to US hostages being held for 444 days. The statement called for “relying on domestic strength, capacities and capabilities” in the face of “the US-imposed economic war by America.”

The phrase “imposed war” is what Iranians also refer to as the Iran-Iraq War.

The statement said the United States has harbored animosity toward Iran for more than 60 years (a reference to the 1953 US-backed coup), and whether the president has been a Democrat or Republican, “there has been no change in American arrogance and hostile policies against the Islamic Republic.”

The statement condemned the idea of linking foreign events to solutions to address domestic problems.

Supreme Leader Ayatollah Ali Khamenei has long been an advocate of striving to solve domestic problems through domestic initiatives. President Hassan Rouhani, who came to power in 2013, ran on the campaign promise to strike a nuclear deal and open up the country economically to Western Europe.