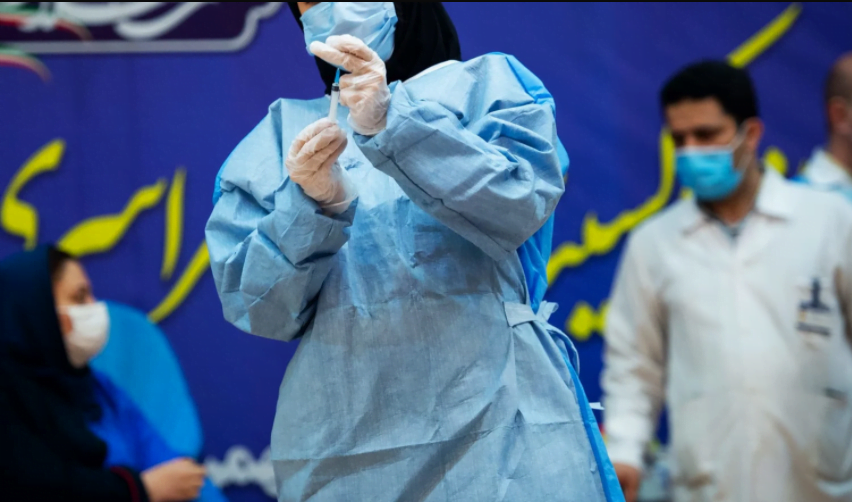 Iran has begun its vaccine rollout with Russia’s Sputnik V, but a labyrinth of government crackdowns, cover-ups, and conspiracy theories have cast a shadow over the nation’s pandemic response.

In the past year, the Iranian government has denied the pandemic’s spread within its borders; falsified official data on pandemic deaths; introduced a dud “coronavirus detector,” and banned the importation of American and British vaccines.

According to government officials, Iran’s vaccine rollout will occur in four phases, starting with a projected vaccination goal of 18 million in medical staff and vulnerable populations by next winter, when general public vaccination begins.

But, as one of the countries hit hardest by the pandemic, much of the damage has already been done.

The Islamic Republic’s reported COVID-19 death toll is nearing 60,000, the highest in the Middle East; its economy, which had already been mired by low global oil prices, mismanagement, corruption, and U.S. sanctions before the pandemic hit, is tanking.

The Islamic Republic’s disastrous response to the pandemic began early last year when officials altogether denied that the virus was spreading in Iran in order to encourage public attendance at several high-profile events, including commemorations of Quds Force military commander Major General Qassem Soleimani, the anniversary of the 1979 Islamic Revolution, and the 2020 parliamentary elections.

Iran’s first pandemic-induced death was recorded in late January, a month before officials had made any acknowledgment of the spread of the virus within the nation, according to a BBC report in August.

Mahan Air, Iran’s largest flight carrier, continued flights to China and elsewhere despite government bans, becoming a symbol of the pandemic’s spread in the Middle East.

A viral video of deputy Health Minister Iraj Harirchi visibly sick at a press conference, attempting to reassure the public that the pandemic was under control, only to test positive a day later, presented a chilling omen of mistakes and cover-ups to come.