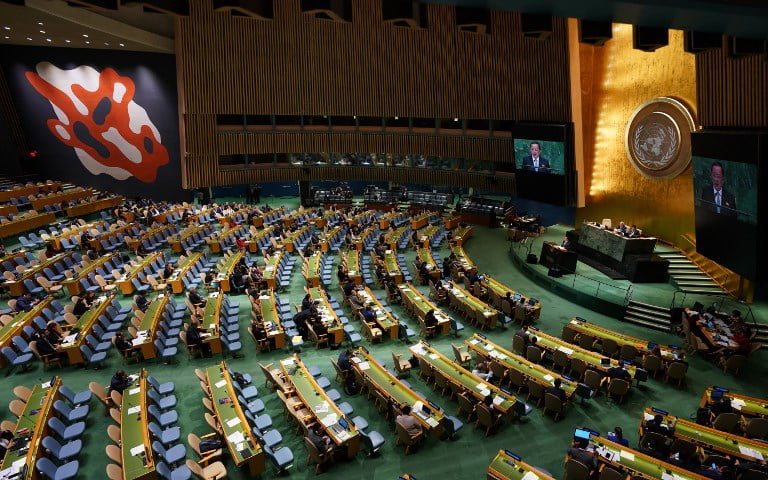 UNITED NATIONS — A U.N. committee on human rights approved a resolution Thursday urging Iran to stop its widespread use of arbitrary detention and expressing serious concern at its “alarmingly high” use of the death penalty.

The General Assembly’s Human Rights Committee adopted the resolution by a vote of 85-30, with 68 abstentions. It is virtually certain to be approved by the 193-member world body next month.

The resolution “strongly urges” Iran to eliminate discrimination against women in law and practice and expresses “serious concern about ongoing severe limitations and restrictions on the right to freedom of thought, conscience, religion or belief.”

It singles out violations including harassment, intimidation and persecution against religious minorities including Christians, Gonabadi Dervishes, Jews, Sufi Muslims, Sunni Muslims, Yarsanis, Zoroastrians and members of the Baha’i faith — and urges the release of religious practitioners including Baha’i leaders.

Iran’s deputy U.N. ambassador, Eshagh Al Habib, dismissed the resolution as a “political charade,” saying promoting the human rights of Iranians “is not simply a legal and moral responsibility, but a paramount requirement of national security.”

“Similar to any other country, deficiencies may exist, and we are determined to address them,” he said. “However, it is not for those who traditionally, historically and practically supported colonialism, slavery, racism and apartheid to lecture Iranians on human rights.”