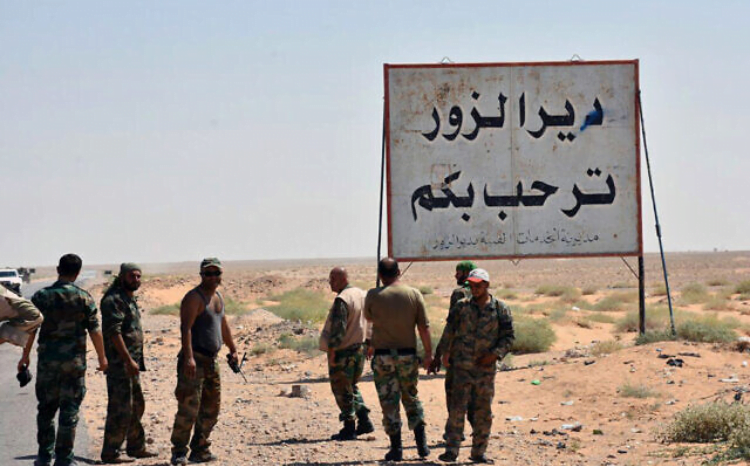 Four Syrian nationals were among six people killed in the raids on sites near al-Abbas village, in the Al-Bukamal region east of Deir Ezzor, said the Britain-based Syrian Observatory for Human Rights. It said the raids targeted Iranian sites and allied militias.

It was not immediately clear if the Syrian nationals were soldiers with the Syrian army.

The war monitor did not confirm who was behind the attack but said Israel was “likely responsible.”

There were no claims of responsibility.

The reported strike came hours after semi-official media in Iran reported that Islamic Revolutionary Guards Corps head Esmail Ghaani had visited Iranian troops in the area and had spoken out against Israel and the US.

The report in Iran’s Tasnim news agency, seen as closely linked to the IRGC, was since removed without explanation, and other Iranian sites did not mention the visit of Ghaani, who took over as the head of the hard-line paramilitary force earlier this year following the assassination of Qassem Soleimani.

During the visit, Ghaani accused Israel and the US of propping up the Islamic State terror group, according to Reuters, which cited the original Tasnim report.

There was no immediate confirmation of the attack from Israeli or Syrian sources.

In May, private Israeli satellite imagery analysis firm ImageSat International released photos it said showed that Iran was constructing a new underground weapons storage facility at the Imam Ali base in the al-Bukamal region of Syria, which is believed to be run by Iranian forces.

In Search of Iranian Moderates

The Story of the Arrest of Baha’i Citizen Amanollah Mostaghim