After snapback sanctions on Iran: A European perspective

Sep 23, 2020 adminayesha Iran News, Slider Comments Off on After snapback sanctions on Iran: A European perspective 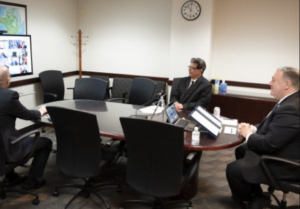 After snapback sanctions on Iran: A European perspective

US President Donald Trump’s withdrawal from the Joint Comprehensive Plan of Action (JCPOA) in May 2018 made his vision for the nuclear accord crystal clear: he wants it dead. On September 20, the United States re-imposed United Nations sanctions on Iran through the snapback mechanism—at least according to the Trump administration.

For the time being, the course chosen by the Trump administration is leading to unprecedented isolation of the United States.

The letter sent by US Secretary of State Mike Pompeo to the UN Security Council on August 20 was considered invalid. Thus, the international community has not consented to the snapback process nor recognized the reestablishment of sanctions after thirty days.

That pointedly includes the E3—France, Germany, and the United Kingdom—which negotiated the JCPOA along with China, Russia, the US, and Iran.

This is not the first time the Trump administration has allowed itself the luxury of challenging the rest of the world in such away.

Nevertheless, we are witnessing a peculiar situation in which the US has created a parallel reality while the international community stands by an opposite legal reality.

The “real reality” is, in fact, a whole other matter; in practice, extraordinarily little trade is possible with Iran due to re-imposed US sanctions. As a result, the US decision is largely symbolic.

The key question now is how Iran responds. Until a few months ago, one could anticipate that Iran would react by withdrawing from the JCPOA. Indeed, this seems to have been the US rationale for snapback—provoke Iran to go too far and destroy the nuclear agreement by its own hand.

This scenario now appears unlikely. First, Iran, along with the rest of the international community, agrees that the reestablishment of UN sanctions does not exist beyond the imagination of the Trump administration.

On 3rd of January a news spread in social media regarding Qasem Soleimani and AbuMahdi Mohandes who has died by a US drone strike near Baghdad Airport and this was the end of their lives. In social media, especially Iranian users, there was a chaotic situation, some called of “the general of... END_OF_DOCUMENT_TOKEN_TO_BE_REPLACED