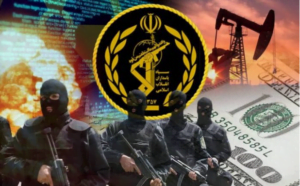 “The IRGC’s philosophy and malign actions within Iran and across the region run counter to the interests of the UK and those of the Iranian people,” the report said after noting that the hardline paramilitary organization satisfies “the criteria for prescription in the Terrorism Act 2000.”

It remains to be seen whether the government of the United Kingdom will act in accordance with this recommendation, though the blacklisting of the IRGC is certainly long overdue.

It was already overdue in 2019 when the United States took that step, extending the label of “Foreign Terrorist Organization” to the entire paramilitary where it had once been limited to the foreign special operations division known as the Quds Force.

That move was formally embraced by 37 British Members of Parliament, who urged the UK to follow suit, thereby helping to set the stage for the recent report.

The lawmakers’ statement placed roughly equal emphasis on the IRGC’s support of foreign terrorism and its suppression of pro-democratic dissent both at home and abroad.

It also took a broader view of the pressure that might be exerted on Iranian institutions, identifying the Ministry of Intelligence and Security as something that is equally deserving of terrorist designation.

There is no immediate sign that this is on the table, but real action against the IRGC could be a sign of assertive trends in Western policy toward the Iranian regime as a whole.

Citizens of Western nations and supporters of Middle Eastern democracy should eagerly look forward to that outcome, and they should push aggressively for policies that support it.