Iran’s Zarif tries to form Russia-China alliance against US 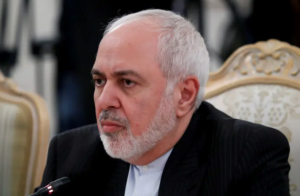 He arrived in Moscow to discuss relations with Russia. The goal here is to pave the way for Iran to get around the US embargo and sanctions.

“The Russian government and its representation in the UN have had the best position alongside China during the difficult recent months.”

He argues that they have “played a leading role in the face of US lawlessness.”

He is referring to the US pushing snapback sanctions this month after having asserted that Iran had violated the 2015 Iran Deal known as the Joint Comprehensive Plan of Action.

Iran says that since the US left the deal in 2018 it has no leverage. The US says it will stop Iran from pursuing a nuclear weapon and ballistic missiles.

Iran has thus gone to Moscow to see about getting more support. Iran is also seeking a more close relationship with China.  “Well, we have serious problems in the region,” Zarif said, referring to other issues to be discussed during his visit to Russia. Tasnim noted that the Syrian conflict “requires special coordination between Iran and Russia, and we also need to coordinate with Turkey in the framework of the Astana process.” Iran is seeking a closer relationship with Turkey also and Turkey appears to want to partition Syria and remove the US from eastern Syria. Iran is wary of Turkey conquering too much of Syria

On 3rd of January a news spread in social media regarding Qasem Soleimani and AbuMahdi Mohandes who has died by a US drone strike near Baghdad Airport and this was the end of their lives. In social media, especially Iranian users, there was a chaotic situation, some called of “the general of... END_OF_DOCUMENT_TOKEN_TO_BE_REPLACED