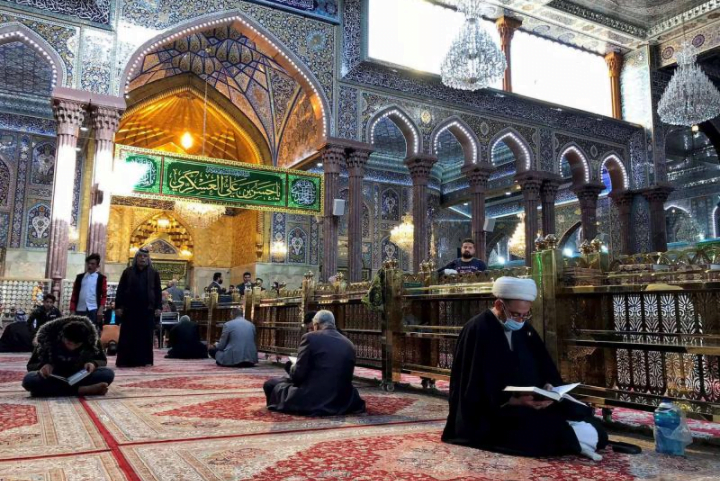 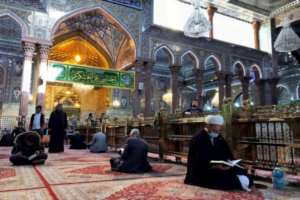 In September, a senior Iranian commander made an unannounced visit to one of Shia Islam’s holiest sites in the southern Iraqi city of Karbala.

Hassan Pelarak, a top officer in the Islamic Revolutionary Guard Corp’s (IRGC’s) elite Quds Force, had recently been sanctioned by the US for weapons smuggling.

He was checking in on a construction project led by a firm he owns together with other IRGC members, a foundation linked to Iran’s supreme leader that is also under US sanctions.

The vast, $600 million expansion at the Imam Hussein shrine, which is revered as the place of martyrdom of the Prophet Mohammed’s grandson, will swell the capacity of what is already the world’s largest annual pilgrimage, dwarfing the hajj to Saudi Arabia’s Mecca. It is the biggest development at the shrine in 300 years.

An Iraqi worker at the site sent Reuters pictures of Pelarak, wearing a hard hat and sporting a blue surgical mask, having his temperature taken before entering.

The visit, confirmed by an Iraqi employee of the foundation, was not reported by Iranian or Iraqi media. But his visit was not unusual.

Perak and other Guards commanders overseeing the project freely drop-in, workers say, and are given quick tours by the exclusively Iranian companies and engineers they have been contracted to carry out the work.

Qassem Soleimani, the late Quds Force commander who spearheaded Iran’s military and political strategy across the region, was filmed touring the project in 2018, 18 months before he was killed by a US drone strike.

His successor, Esmail Qaani, made an unannounced visit to the shrine two weeks after Pelarak, said an Iranian source in Karbala.

Day and night, Iranian laborers fill in a 40-meter deep, 50,000-square-metre crater next to the shrine with steel girders and cement brought from Iran.