The 1988 Massacres Still Haunt the Islamic Regime in Iran 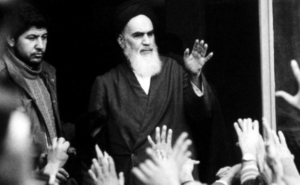 The 1988 Massacres Still Haunt the Islamic Regime in Iran

The Shah of Iran left the country in January 1979 after the Islamic revolution.

A month later, the leader of the revolution, Ayatollah Ruhollah Khomeini, returned to Iran from exile in France.

In December 1981, Amnesty International issued a report stating that more than 3,000 individuals had been executed by the newly born Islamic Republic since Khomeini’s return.

Two months later, in February 1982, the organization reported that in fact more than 4,000 individuals had been executed since the victory of the Islamic revolution in 1979.

As ugly as this history is, the darkest spot on the Islamic regime’s human rights record is the 1988 prison massacres.

In the summer of 1988, thousands of political opponents disappeared from the country’s prisons and were later reported to have been executed.

Their bodies were never returned to their families. Many of them were buried in mass graves all over the country, among them the Khavaran cemetery in Tehran.

Although it is still unknown how many were executed that summer, Amnesty International says the figure is at least 5,000.

The executions were ordered by Ayatollah Khomeini himself, and they took place during the premiership of Mir-Hussein Mousavi. Mousavi, a Khomeini loyalist, initially took on the role of the Islamic Republic’s foreign minister.

He then served as prime minister from October 1981 through August 1989.

In the 2009 presidential election, Mousavi was one of two reformist candidates who ran against the conservative Mahmoud Ahmadinejad. The latter was victorious, but Mousavi accused him of vote-rigging. This caused one of the largest crises in the history of the Islamic regime, with hundreds of thousands pouring into the streets in protest. Some supported Mousavi while others protested the very existence of the Islamic regime. Ever since then, Mousavi has been a symbol for both Iranians and the Western world.

Israel-UAE deal: Iran and Turkey must form a united front Iran reportedly plotting to kill US ambassador to South Africa

On 3rd of January a news spread in social media regarding Qasem Soleimani and AbuMahdi Mohandes who has died by a US drone strike near Baghdad Airport and this was the end of their lives. In social media, especially Iranian users, there was a chaotic situation, some called of “the general of... END_OF_DOCUMENT_TOKEN_TO_BE_REPLACED