BREAKING NEWS
GMT+2 02:51
Home IRGC They dream of reaching America. Their forced service in Iran’s Revolutionary Guard locks them out. 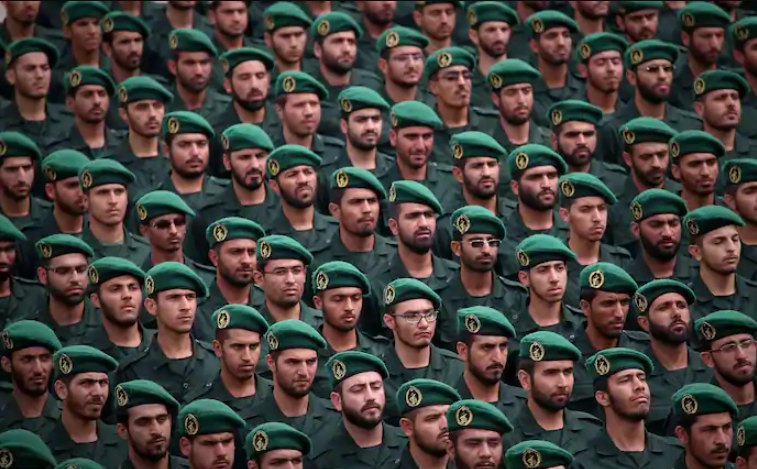 When Mahdis, an America teacher from Southern California, applied for a U.S. visa for her Iranian husband four years ago, she had no idea that his mandatory military service would stand in their way.

But a Trump administration decision two years ago to designate Iran’s Islamic Revolutionary Guard Corps (IRGC) as a terrorist organization has meant that everyone associated with the group, including those like her husband, Arash, who were forced to join it as part of their compulsory service, would no longer be eligible for residency in the United States.

It did not matter that Arash served years before the terrorist designation or that he was assigned a non-combat role, playing clarinet in a marching band.

Earlier this month, the couple received a letter from the State Department telling them his permanent residency visa had been refused, she said.

Hundreds of other Iranian men — some with American wives or family members in the United States — have received similar letters over the past two years or were expecting them soon, according to Mahdis and other relatives who share stories and advice in several online chat groups. America

President Biden has signaled his intent to break with Trump’s “maximum pressure” approach toward Iran, which included sweeping sanctions, as the new administration seeks to rejoin the 2015 nuclear deal between Tehran and world powers and bring Iran back into compliance.

But a repeal or revision of the IRGC designation could be politically delicate for Biden, who faces domestic pressure to impose tougher terms on Iran even if the United States rejoins the nuclear agreement.

Under Trump, U.S. officials took a hard line with Iran in part to force it to abandon expansionist military policies in the Middle East, in which the IRGC plays a leading role.

Critics said Trump’s pressure campaign did little to change Iran’s behavior and that some of the punitive measures were counterproductive, overzealous, or unusually broad.