BREAKING NEWS
GMT+2 01:22
Home Slider Trump Says Iran Will Sign a Deal with US in the First Month of His Re-election 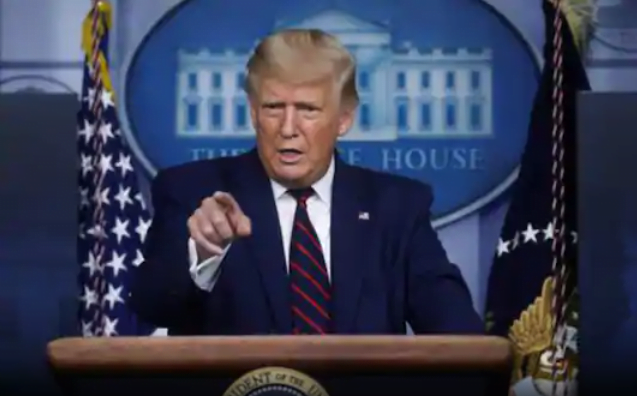 US President Donald Trump on Thursday said that if he is re-elected in the November elections, Iran will ink a deal with him in the first month and Palestine will get back into the fold as he asserted that his second term will bring in lasting peace in the Middle East.

Next week, Trump will host delegations from Israel and the United Arab Emirates for a signing ceremony of the historic peace deal between the two countries that establish diplomatic ties among them. Encouraged by the Israel-UAE peace deal, countries in the region are lining up that want to go into it, he said.

“As you know, UAE is headed by a very, very highly respected gentleman and respected by everybody. And he’s a warrior too. He’s a great warrior. And Mohammed is very excited about this. And you’ll be hearing other countries coming in over a relatively short period of time, he said.

“You could have peace in the Middle East. I think what, ultimately, will happen is you’re going to have quite a few countries come in. The big ones are going to be coming in. I spoke to the King of Saudi Arabia, so we’re talking. We’re starting a — we just started the dialogue. And you’ll have them come in,” he added.Trump said that two things are going to happen if he wins the elections in November.”If we win the election, Iran will come and sign a deal with us very, very rapidly, within the first week, but let’s give ourselves a month — because their GDP went down 25 percent, which is, like, an unheard-of number, and they’d like to be able to get back to having a successful country again.

Revolutions: Promises of Countries Yet to Come

No information about Maryam Shafi Pour’s condition in prison

Could Iran Be the Middle East’s First Aircraft Carrier Power?