Who were main arms suppliers to Saddam in war against Iran

Sep 22, 2020 adminayesha Iran News, Slider Comments Off on Who were main arms suppliers to Saddam in war against Iran 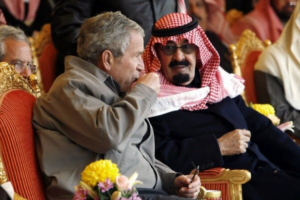 Who were main arms suppliers to Saddam in war against Iran

During the eight years of the Imposed War (1980-88) against Iran, many countries provided financial and military aid to then Iraqi President Saddam Hussein, with US, France, and Germany as major contributors.

The following is the list of the countries which aided Iraq during the (1980-88) Imposed War against Iran:

The United States was Saddam’s most important encourager to attack Iran.

With the fall of the imperial regime in Iran, the Americans had no more access to the vast oil resources of our country, and immediately after the victory of the Islamic Revolution, they started their hostile campaigns and attacks against Iran.

The failed Tabas Military attack, the Nojeh coup, and dozens of other plots were some of the US government’s anti-Iran moves at the time.

When the Americans failed in all these plots, they encouraged the then Iraqi President Saddam Hussein to attack Iran.

In the second year of the war, when the Islamic army ousted the occupying forces, the US government simultaneously launched four operations in support of Saddam and against Iran:1) Operation Staunch: Diplomatic attempts to identify the entry points of weapons into Iran and prevent the shipment of military equipment to the country2) Financial operations: Efforts to meet the financial needs of Iraq through American companies3) Intelligence operations: Providing military information on Iran to Iraq4) Anti-Iranian operations in international organizations: Condemnation of Iran in these organizations and preventing Iranian officials from conveying their rightful messages to other countries.The Soviet Union:A major part of the weapons Iraqis needed during the war was supplied by the Soviet Union. The country greatly assisted Saddam in the war by providing him with modern equipment and weapons.

Fact Check: Does Iran Have One of the Strongest Militaries in the World? Iran dismisses US efforts at UN sanctions as currency drops

On 3rd of January a news spread in social media regarding Qasem Soleimani and AbuMahdi Mohandes who has died by a US drone strike near Baghdad Airport and this was the end of their lives. In social media, especially Iranian users, there was a chaotic situation, some called of “the general of... END_OF_DOCUMENT_TOKEN_TO_BE_REPLACED