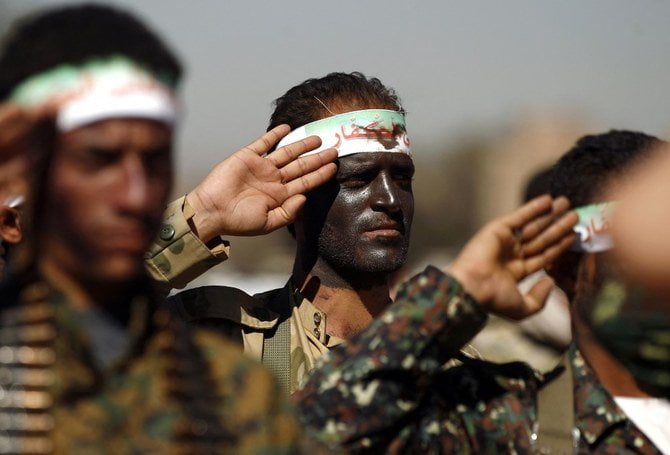 Erlo’s movements are highlighted by the Houthis’ media outfit, which confirms that he is acting as a leader, Muammar Al-Eryani, Yemen’s minister of information, culture and tourism, said on Wednesday.

Eryani was quoted by state news agency SABA as saying that the Quds Force commander’s actions show that the Houthi leadership takes political, military and administrative orders from the Tehran regime.

Iran sends its orders through Erlo, the minister added.

He claimed that this highlights Iran’s attempts to impose its control on Yemen as part of an “expansion project in the entire region,” adding that the Houthi militia is “a dirty tool to implement this aim.”

Without tough punitive measures from the international community and military pressure on the ground, Iran-backed Houthis will not offer concessions and will continue rejecting initiatives to end the war, Yemen experts said.

UN Yemen envoy Martin Griffiths said on Wednesday that a peace deal was not in sight and his latest intensive efforts to find common ground between warring factions in Yemen have yielded no fruit.

Officials close to the talks told Arab News that diplomatic initiatives reached a deadlock when the Houthis refused to stop their deadly offensive on Yemen’s central city of Marib before the opening of Sanaa airport and Hodeidah ports and a complete cessation of Arab coalition airstrikes.