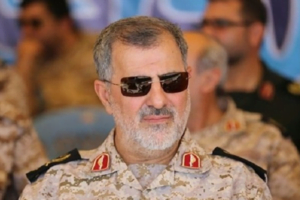 The commander of IRGC Ground Force, Brigadier General Mohammad Pakpour said on Monday that Border Guards are the first defensive stronghold of the country.

Emphasizing the need to boost border security in southeastern Iran, General Goudarzi said, “The interaction between the IRGC and the Border Guards in Sistan and Baluchestan region will lead to lasting security of the borders.”

On 3rd of January a news spread in social media regarding Qasem Soleimani and AbuMahdi Mohandes who has died by a US drone strike near Baghdad Airport and this was the end of their lives. In social media, especially Iranian users, there was a chaotic situation, some called of “the general of... END_OF_DOCUMENT_TOKEN_TO_BE_REPLACED