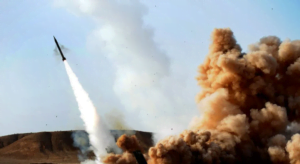 An Iranian Revolutionary Guards commander has been killed on the Syrian-Iraqi border, Iraqi security officials and local militias reported on November 30.

Security forces and fighters from local armed factions said the commander was killed following an airstrike on November 28 or November 29.

But Iranian authorities denied the reports, according to the state-run Islamic Republic News Agency (IRNA).

I have not received any reports about a Revolutionary Guards commander having been targeted by a drone strike on the Syrian-Iraqi border,” Ali Rabiei, a spokesman for the Iranian foreign ministry, said. According to several Iraqi media outlets, officials were not able to identify the commander, who they said was killed on November 28 or November 29, along with three other men who were with him in the same car. Two Iraqi security officials stated separately that the vehicle, which was carrying weapons across the Iraqi border, was hit after entering Syrian territory. The two officials added that Iranian-backed Iraqi armed factions had helped retrieve the bodies, without giving further details or specifying exactly when the incident had occurred. On November 30, the Iraqi Shafaq News Agency said an unnamed source in the Operations Command of the Popular Mobilization Forces (PMF) reported that there had been an explosion on the Syrian side of the border in the Al-Qaim-Albukamal region. The forces were positioned in the city of Al-Qa’im west of Al-Anbar, where they had established an operations unit.”PMF units operating around the border in Husaybah, Al-Rummaneh, Mark Al-Dhabi, Al-Qa’im, and Al-Zawiyah near the Syrian territory had not received any information about the targeting of their forces on the Iraqi-Syrian border strip, and no bodies had been taken to the Al-Qaim crossing,” the agency reported. The alleged killing comes just days after the assassination of Iranian nuclear scientist Mohsen Fakhrizadeh near Tehran.