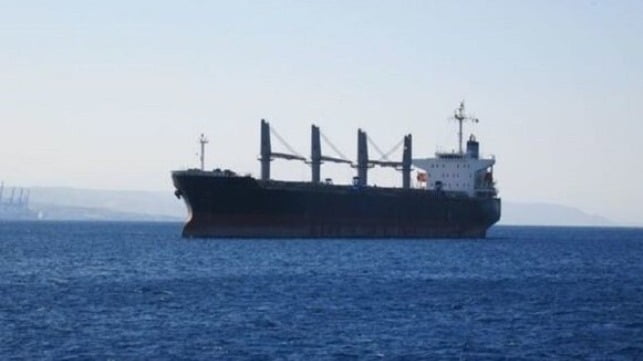 On Wednesday, Iran’s foreign ministry reported an attack on the Iranian-flagged freighter Saviz in the Red Sea. The Saviz has long been anchored off Yemen for what Iran describes as a mission to “provide maritime security along the shipping lines and to fight pirates,” but many defense analysts believe that the ship is a base of operations for the Islamic Revolutionary Guard Corps (IRGC).

“[Saviz] was slightly damaged in an explosion at the Red Sea near the coasts of Djibouti on Tuesday around 0600 local time,” Iranian foreign ministry spokesman Saeed Khatibzadeh confirmed on Wednesday. “Its origins and causes are under investigation.”

The IRGC-affiliated news outlet Tasnim identified the blast as a mine attack, but official Iranian outlets have not yet accused any party of involvement.

An American official told the New York Times that Israel has notified the U.S. government that Israeli forces attacked the Saviz. The vessel was hit below the waterline at about 0730 hours Tuesday, the official said.

U.S. Central Command has confirmed that U.S. forces played no role in the strike.

The attack came on the day that Iranian diplomats began indirect talks with the U.S. and five other world powers on a resumption of the Joint Comprehensive Plan of Action (JCPOA), better known as the Iran nuclear deal. Iran’s lead negotiator, Abbas Araghchi – who played a key role in creating the JCPOA in 2015 – described the initial meeting as “constructive.”

Israel firmly opposes the JCPOA, as Prime Minister Benjamin Netanyahu emphasized in a speech on Tuesday. “We must not go back to the dangerous nuclear deal with Iran, because a nuclear Iran is an existential threat to the state of Israel and a great threat to the security of the entire world,” he said.