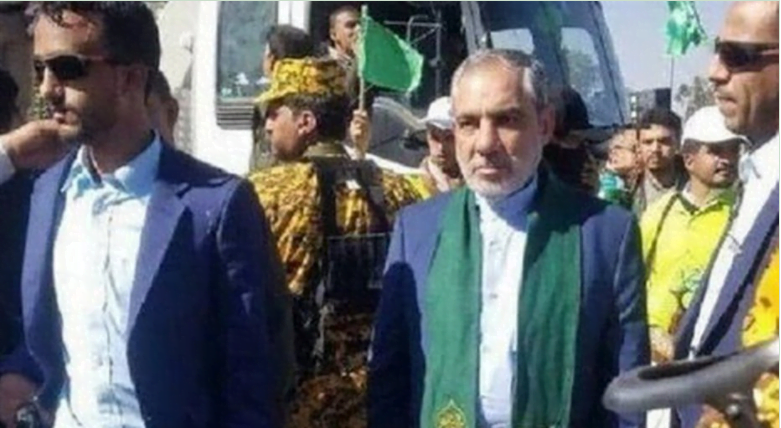 Until three weeks ago, Hassan Irloo was a mysterious figure – associated with the Islamic Revolutionary Guards Corps’s Quds Expeditionary Force – who despite frequently being mentioned in the news was never shown in the media.

There was even doubt as to whether “Hassan Irloo” was real or a pseudonym. But three weeks ago, on October 18, he came into focus when he was appointed as the Islamic Republic of Iran’s ambassador to the Houthi-controlled part of Yemen.

A ceremony was even held for his appointment – with Supreme Leader Ali Khamenei himself attending.

The announcement of Irloo’s departure for Sanaa, the Houthi seat and ancient Yemeni capital, drew a sharp reaction from the US State Department.

But there was little media coverage until a Twitter account was launched in Irloo’s name which shared photos and videos of him. Igloo has also received a warm reception in Sanaa.

Pictures of this impressive reception were published by Houthi-affiliated media on November 5. According to reports, a military parade was held to welcome Igloo. He then met with Mehdi Al-Mashat, chairman of the Yemeni Supreme Political Council.

Ten days ago Irloo presented his credentials to Hisham Sharaf, the Houthi foreign minister, but according to photographs released from the meeting, it was a more ordinary affair than the military parade.

But who is Hassan Irloo, really?

Little is known about Hassan Irloo’s personal life. Iranian media says he was born in 1959 in the city of Rey in Tehran province.

In the last three weeks, media outlets close to the Revolutionary Guards described him as a “veteran diplomat” and as head of the Yemeni desk at the Foreign Minister.